One of our favourite things to come out of the recent Friends reunion was a hilarious new meme centring around Matt LeBlanc.

In one shot from the reunion, Matt was seen listening to his co-stars reminisce while sporting a black striped shirt and sitting with his arms folded, which many Irish Twitter users couldn’t help but feel was giving off strong “Irish uncle” energy.

Matt LeBlanc is 5 seconds away from slapping his knees and going “well we ought to make a move who’s ready to rock and roll” pic.twitter.com/WmAgtjjugX

matt le blanc looks like a fella you’d end up having a deep conversation with in the residents bar after a wedding. ten pints deep and he’s giving you the best advice you’ll ever get. you’ll never meet him again but his sage wisdom sticks with you forever. a gentleman pic.twitter.com/KfXpHjFdsA

matt leblanc is your uncle when your parents forced your 6 year old self to stand up in front of the adults after a family dinner and sing a song you just learned in primary school pic.twitter.com/xjlwKDdArv

Matt leBlanc - And who's this lad ye do be listenin ta, Post Mahone is it? pic.twitter.com/PCpck2w4un

‘And you paid for them jeans like that ya did, with all them holes already in them?’ pic.twitter.com/mpKFmuevfM

And cmere to me what sort of jobs would you be getting with that arts degree? You wouldn’t go into teaching no? pic.twitter.com/OSMwFKlqfK

Matt LeBlanc looking like he won the raffle at the quiz and he's after sending the grand-niece up with the ticket to collect the prize. pic.twitter.com/66ENcJHySc

Well, anyone concerned about how Matt might feel about being the focus of a new meme can breathe a sigh of relief – not only has he seen the tweets, he’s apparently a big fan (even if most of them have gone completely over his head).

Stephen Mangan – who worked with Matt on five seasons of the sitcom Episodes – told RTÉ: “I’m not sure Matt really understands what was happening.

“Obviously, he is Italian, but he saw the funny side of it. He’s got a good sense of humour.” 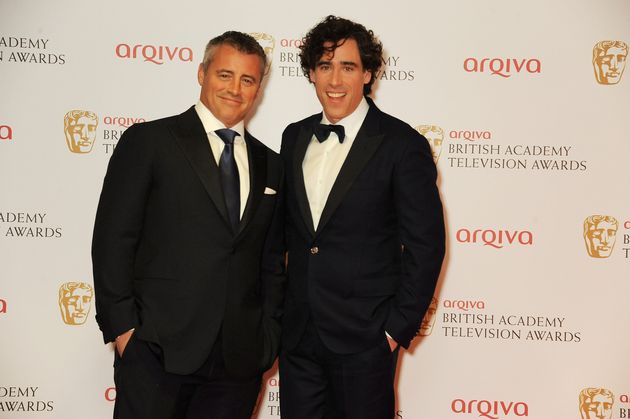 After a number of setbacks due to the coronavirus pandemic, the long-awaited Friends reunion finally debuted last month, with all six members of the central cast coming together to discuss their time on the hit show.

As well as former guest stars, the reunion also included appearances from famous Friends fans, with Lady Gaga duetting with Lisa Kudrow on a rendition of Smelly Cat and Justin Bieber taking part in a fashion show consisting of classic Friends costumes.