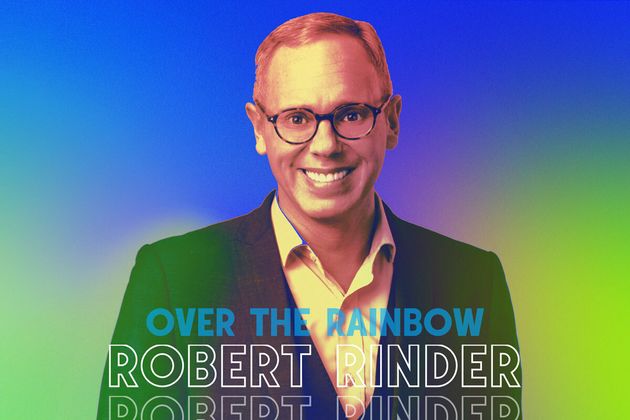 After over a decade working as a barrister, Robert Rinder became known in households around the UK in 2014 as ITV’s Judge Rinder, helping everyday people solve their personal problems with his legal knowledge – and, of course, his unique turn of phrase.

In the seven years since his rise to fame, Rob has done everything from competing on Strictly Come Dancing, where he finished in a respectable fifth place, and sitting with his close pal (and rumoured future co-host) Susanna Reid on Celebrity Gogglebox.

But the law has clearly always been his main passion, as evidenced in projects like Judge Rinder’s Crime Stories and, more recently, the Channel 4 series The Rob Rinder Verdict.

Ahead of the news he was being made an MBE, we spoke to Rob for our Over The Rainbow interview series, to talk about all things Pride.

During the chat, he shared his touching message for queer people this Pride month, and reflected on why discovering Queer As Folk as a younger man was such a “profound” experience for him...

What is your favourite Pride memory?

I missed out on a lot of those early years of being a student and being out, so I didn’t have those moments. Pride really hadn’t consolidated into this real glittering explosion of protest on the one hand, and sheer jazz-handed delight in us being here as a community on the other, when I was younger.

One stand-out memory was when I went to Pride not long after I’d married my husband, and I remember that feeling different in a way that’s difficult to articulate. It felt like something had been won, at the same time as there was more work to do. It just somehow felt like a profound moment – being at Pride in London, in the middle of my city where I grew up, with my husband. I suppose it caused me, for a moment, to think about the past, present and future, in a moment of reflection.

Obviously, I was drunk, so let’s not overstate the profundity of it. But I definitely remember feeling that it was a really extraordinary thing. 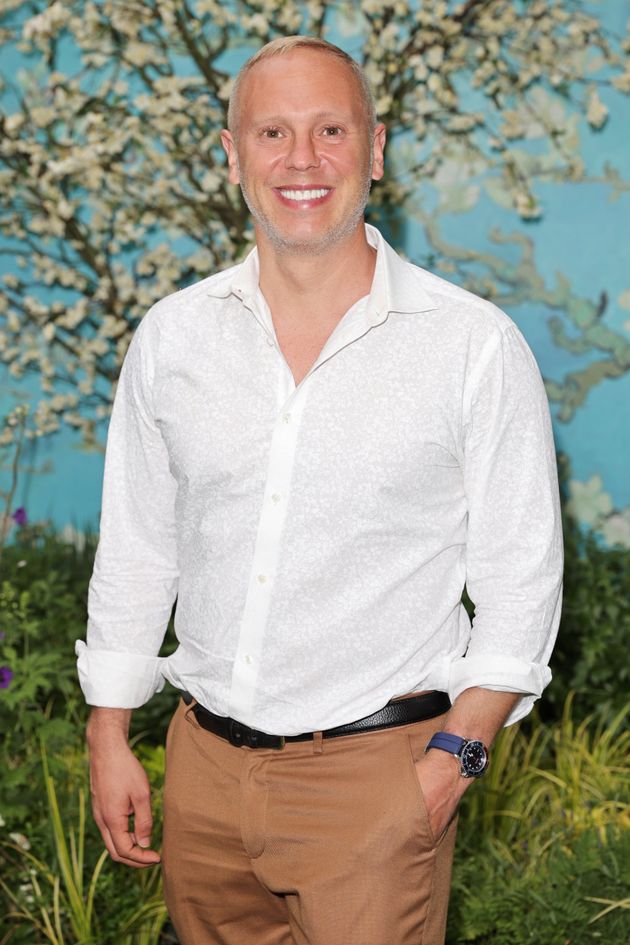 Who is your LGBTQ hero?

I have two: one personal and one more public. My personal one is Malcolm Bishop QC. He was an out gay barrister when I arrived in chambers over 20 years ago. I think of how different things were then, and although I was always out at work, and never at work experienced any direct homophobia, nevertheless, it was not something that you necessarily shared or overshared. And yet, there was Malcolm, who was already a QC by then, in his early 50s, and he’d been with his partner Anthony Vander Woerd for many years.

And [Malcolm] was a deputy high court judge, he was a recorder and a leading QC, and he and [Anthony] eventually lived a life alongside each other in openness and pride for 50 years, until two years ago when sadly Anthony was murdered.

But, you know, there was somebody that I looked up to, who was quite literally modelling a life that I aspired to. He’d achieved everything in work – and not just any work, work that required trust and respect of your community. And when he and his partner first got together, it wasn’t just dangerous to be gay, it was unlawful. He’s like a dad to me, I love him very much.

And then at the same time, Peter Tatchell. We often place ourselves as the hero of our own narratives, but hardly any of us have the sheer raw naked true courage that Peter Tatchell has modelled his life in. He has moral consistency at every level, he tells the truth. And I’m sure it’s had its cost – but as a barrister and as a human rights barrister, that mattered to me so much. 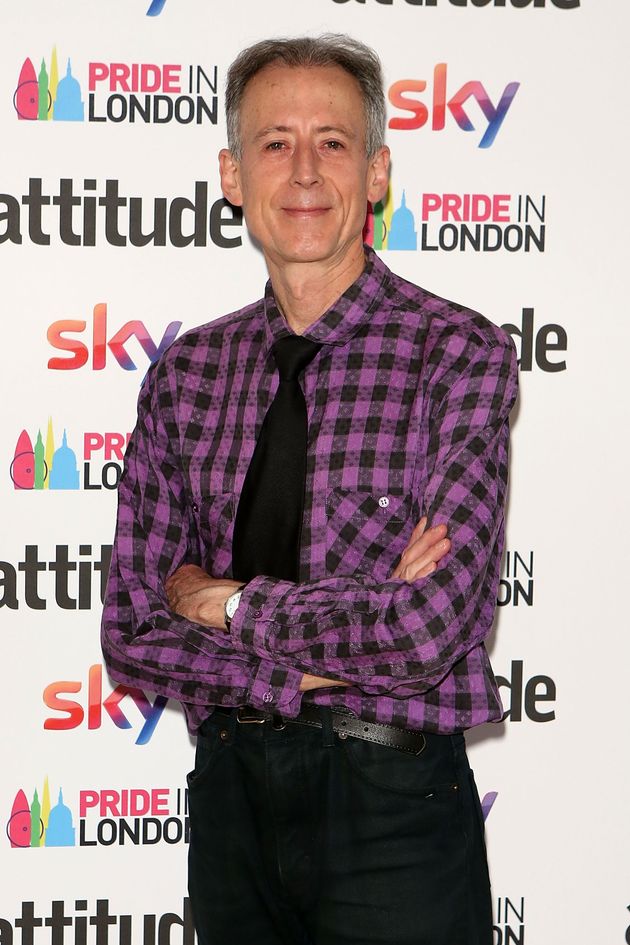 What is your go-to Pride anthem?

I’ve done international complex cases involving various nuances of international law, which have been easier than answering this question. It’s just impossible to pick one.

I think I’m going to go for a more recent one, with Lizzo’s Good As Hell. I was an early Lizzo fan, and she’s the only known woman who’s actually made me truly blush from the inside when I met her, when she screamed out: “Judge Judy!”. I’m still recovering. 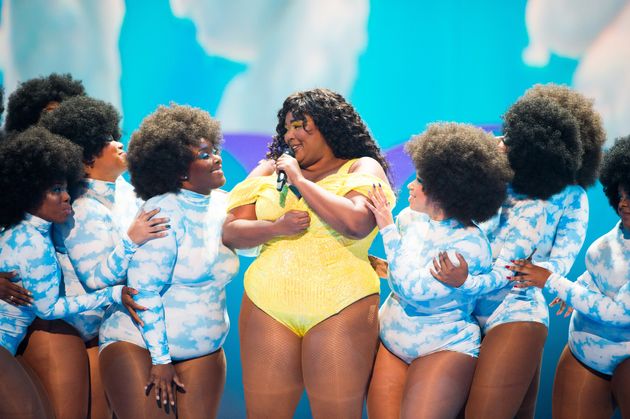 As part of the LGBTQ+ community, one of the things that we’re having to constantly grapple with and reflect on is the impact of shame, and how the dark threads of that weave themselves into the tapestry of who we are. And there’s something about Lizzo’s total indifference to what the outside world thinks of her, she seems completely unfettered by any of the weight of shame, and she throws her cloak off, quite literally, and stands there, in all of her bodily glory, and says, “I feel as good as hell”.

I think that message, now more than ever, is perhaps what Pride is all about.

What is your favourite LGBTQ film?

It’s hard becaue I grew up at a time when there were no positive reflections of gay sexuality out there. I’m going to say Derek Jarman’s Sebastiane, which is one of the only films in Latin ever. That was the first time I saw any gay sexuality on camera… obviously it was Latin, so I didn’t really know what was going on, but it’s beautiful and it seemed to me that it was an expression of gay love that was completely free of any violence or shame.

And also Beautiful Thing. With Beautiful Thing, there’s just that kind of truthful, unromantic reality to it. And also – spoiler alert – but boy does the end of a story involving a gay narrative matter, and it mattered then, when two [gay] people ended happily alongside one another.

It has the light in it that tells and informs people that you can be joyous and gay and have a story that can live in enduring happiness as opposed to one that’s just fraught with pain and challenge and horror – as so many of the LGBTQ+ stories, understandably, have been.

What was an LGBTQ TV show or TV moment that made you feel represented?

That’s much easier, actually. That was Russell T Davies’ Queer As Folk. Nowadays, the representation of gay sex and gay sexuality – although by no stretch of the imagination is it present enough, it certainly exists in mainstream drama. But for my generation, until [Queer As Folk], it wasn’t just that there was under-represenation, there was no representation of gay love and gay sex that was anything other than scary, dangerous, dirty, furtive and wrong.

So, it really mattered to have a community – one that wasn’t free from complication, to be sure – but one where they lived life on their own terms, professionally, happily, successfully shown on screen.

I think it did more at that moment for a lot of LGBTQ+ people – and I can’t speak for other members of the community, but certainly for me, in terms of helping me come to terms with feeling OK and safe about who I was, it was really profound.

To think about the work that Russell T Davies has done to take away that veil of all of the things that society tells us we should feel wrong about ourselves – we have so much to thank him for. 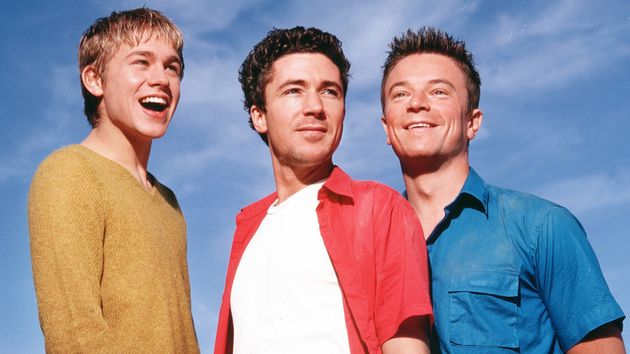 Who would be your ultimate queer icon?

I’m going to do living and dead. My living one is a surprising one, perhaps, but it’s Lorraine Kelly. You can be a part-time friend, or you can have stood up at a time when it was unpopular and of risk to yourself... and one thing that she has never compromised on, is her enduring support for the LGBTQ+ community, both privately and publicly.

She challenges those in authority on her show, but through the prism of her disarming charm, I think that really matters. To have lasted longer than most people on breakfast television, it doesn’t happen by happenstance, you’ve got to be tough.

And also for me, the bible growing up was Nancy Mitford. She saw people and evaluated them wholly on the delight and content of their character, and never on the incidental features that were “boring” as she might say, like someone’s sexuality. And so in her work, and in her life, she was absolutely indifferent to someone’s sexuality, and much more interested in what sort of person they were – whether they were decent and funny and clever. 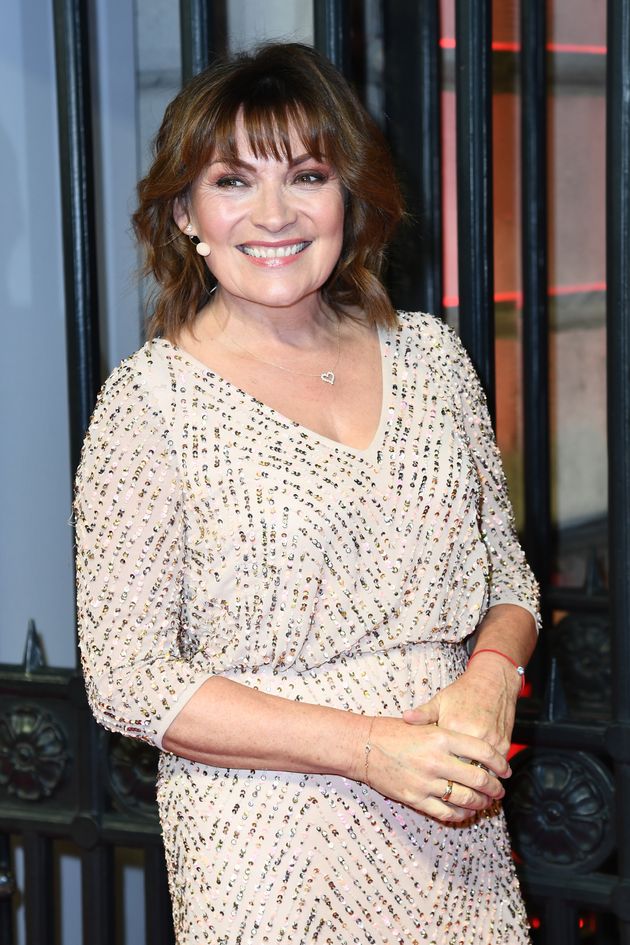 What is your message for young LGBTQ people this Pride month?

It may feel challenging, it may feel dark, but the sun will come out, and tomorrow is a new joyous day. Remember that. Pride isn’t just about the past or the present, it’s about remembering that the future is full of possibility, and that there’s always a rainbow in tomorrow.

This interview has been edited for clarity and length.