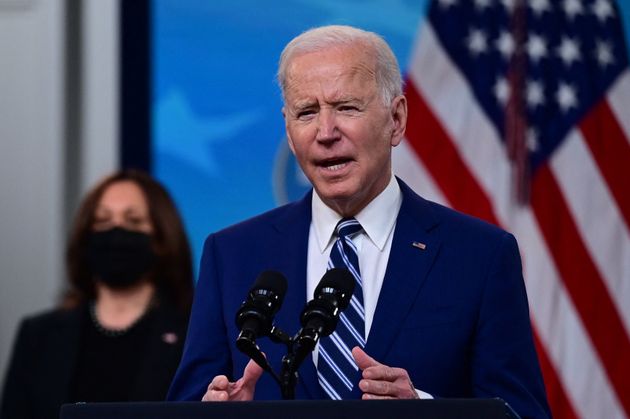 US President Joe Biden will end America’s thousands-strong military presence in Afghanistan by September 11, administration officials told The Washington Post and Reuters on Tuesday – blowing past a May 1 deadline for withdrawal that US officials set last year, but establishing a new end date for the country’s longest foreign war.

Biden’s decision is not unexpected: One Western official told HuffPost at the end of March that US allies were almost certain a May 1 withdrawal was not in the cards. At a press conference on March 25, Biden said meeting the deadline would “be hard” – though he added that he did not believe there would be American troops in Afghanistan next year.

Biden reached his final decision after months of review, according to The Washington Post, ultimately concluding that officials in Washington needed to set a clear timeline for withdrawal to avoid fresh fighting with the Taliban – the Afghan militants who have largely paused attacks on Americans since the US agreed to a May 1 pull-out last year.

Still, the postponement will concern some members of Biden’s own Democratic coalition, including some influential pro-withdrawal politicians, and anti-war organisers are likely to pressure him to ensure there is no further delay.

“We commend the Biden administration for their reported decision, but… this decision must just be the beginning, not the end, of a total rethinking of the US approach to conflict,” Stephen Miles of the activist group Win Without War said in a statement after the reports emerged. “Combat troops must not simply be replaced with different military tactics: covert operations, private contractors, or drone warfare.”

The Taliban brutally ruled Afghanistan between 1996 and 2001, when American forces toppled its regime for its links to al Qaeda following the September 11, 2001, terror attacks. US troops – and contingents from nations in the NATO alliance and other American partners – have been in the country since, both directly fighting the Taliban and supporting pro-US Afghans in developing new institutions.

But as years of fighting claimed tens of thousands of lives and it became increasingly clear that the Taliban would not be defeated militarily, critics of the Afghan intervention gained influence – and politicians began pledging to pull out of the war. Presidents Barack Obama and Donald Trump both ran on ending the US deployment. However, both faced strong opposition from the Defence Department and a coalition of hawkish lawmakers and analysts, who challenged efforts to bring home the troops by arguing that a withdrawal would spur increased violence and create new opportunities for terror groups.

Last year, Trump signed an agreement with the Taliban that established the May 1 deadline for US troops to leave Afghanistan in exchange for a Taliban commitment to stop attacking international forces. Anti-war activists, including many progressives who broadly disliked Trump, welcomed the move as a way to force an end to America’s longest-running foreign intervention.

Biden’s team continued Trump-era diplomacy with the Taliban, but was wary about the former president’s plan because they felt it did not give them enough time to jump-start intra-Afghan negotiations and because they want to maintain some room for US manoeuvres in the country.

The president and his aides faced intense lobbying in recent weeks from supporters and skeptics of a withdrawal, ranging from veterans who volunteered to share their trauma to Pentagon officials suggesting that pulling out would guarantee a full-on Taliban takeover.