Carrie-Anne Moss is speaking out against ageism and sexism in the movie industry.

The Canadian actor, best known for the Matrix franchise and Netflix’s Jessica Jones, recently joined Justine Bateman for a conversation as part of a series hosted by New York’s 92nd Street Y.

According to The Hollywood Reporter, she spoke at length about the “external pressure” she faces as a woman in Hollywood over the age of 40.

The 53-year-old said she’d been warned by fellow actors that her opportunities would diminish in her 40s but shrugged off the notion at first, adding, “I don’t believe in just jumping on a thought system that I don’t really align with.”

Sadly, it wasn’t long before she got a rude awakening. 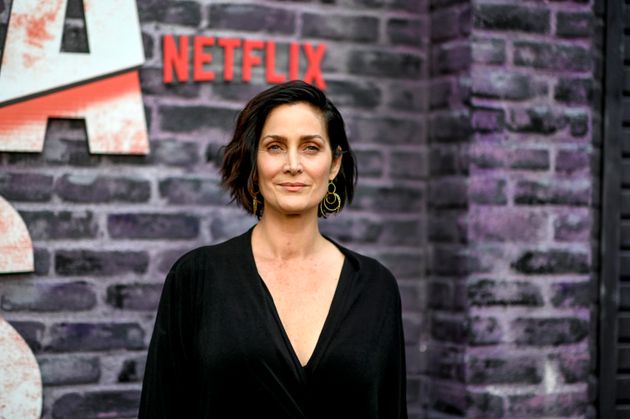 “Literally the day after my 40th birthday, I was reading a script that had come to me and I was talking to my manager about it,” she recalled.

“She was like, ‘Oh, no, no, no, it’s not that role [you’re reading for], it’s the grandmother.’ I may be exaggerating a bit, but it happened overnight. I went from being a girl to the mother to beyond the mother.”

The actor went on to note that she doesn’t feel men in her industry face the same level of scrutiny, adding, “You don’t feel like you’ve aged much and suddenly you’re seeing yourself onscreen.

“I would look at these French and European actresses and they just had something about them that felt so confident in their own skin,” she added.

“I couldn’t wait to be that. I strive for that. It’s not easy being in this business.”

The 92nd Street Y event was presented in conjunction with the release of Justine Bateman’s new book, Face: One Square Foot of Skin.

In it, the actor ― who got her start as Mallory Keaton in the 1980s sitcom Family Ties ― is critical of plastic surgery, which she describes as a “Ponzi scheme.”

“In essence, a lot of these women are getting plastic surgery because they don’t want any of the things they assume will happen if they have wrinkles on their faces,” she said in an interview with Vanity Fair published last week.

“They want to shove those things off. But the truth is those things could still possibly happen. And then you have two problems: You’ll still have the things you were afraid would happen as a result, and you’ve also cut up your face.”