Downing Street has admitted Brexit talks are still in a “very difficult” place with less than a month before the end of the transition period.

It came after UK government sources claimed the EU had introduced new demands during the 11th hour of the negotiations, which in turn has been denied by sources in Brussels.

Both sides have to agree and ratify a deal by December 31, when the standstill transition period ends.

A failure to do so would mean defaulting to World Trade Organisation terms for trade with the EU, which is predicted to make Brexit even more economically damaging.

Negotiations in London went late into the night on Thursday, finishing after 11pm.

Boris Johnson was working in Downing Street on Friday but was expected to go to Chequers for the weekend where he will remain in constant touch with negotiators.

A No.10 spokesperson could not say whether talks would continue over the weekend.

“We are committed to working hard to try and reach an agreement with the EU and talks are ongoing,” they said.

“There are still some issues to overcome and time is in very short supply and we are in a very difficult point in the talks.

“What is certain is that we will not be able to agree a deal that doesn’t respect our fundamental principles on sovereignty and taking back control.”

The European Commission would not confirm chief negotiator Michel Barnier’s weekend travel plans and said only that a “full day of negotiations” was expected on Friday. 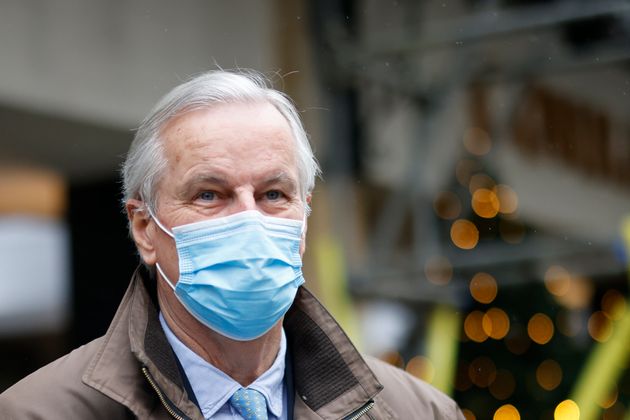 Fishing and the so-called “level playing field” aimed at preventing unfair competition on state subsidies and standards remain the main issues to be resolved in the talks.

“We are committed to reaching an agreement with the EU on this particular discussion that we are having,” he told BBC Breakfast.

“But, of course, time is short and we are in a difficult phase. There’s no denying that. There are a number of tricky issues that still have to be resolved.”

Sharma said Lord Frost, the UK’s chief negotiator, and his team were “working incredibly hard” and “in good faith” to get a deal over the line.

European Commission spokesperson Eric Mamer, asked for an update on fishing rights, told reporters in Brussels: “Today is still a day for negotiations, they are ongoing, so we can’t make any comments on the contents of what is being discussed.”

The publicly-aired Brussels and Westminster tensions came after Ireland’s foreign minister Simon Coveney said there was a “good chance” of a trade deal on Thursday.

Meanwhile, the prime minister will press ahead with plans allowing ministers to tear up the Brexit divorce deal he has already agreed, despite the current round of UK-EU talks being at a critical stage.

The government will ask MPs to reinstate controversial legislation giving ministers the power to break international law by ignoring provisions in the withdrawal agreement relating to Northern Ireland.

The Commons will vote on the UK internal market bill on Monday, potentially throwing the talks on a UK-European Union trade deal into deep crisis unless an agreement can be reached by then.

MPs will be asked to reinsert the controversial Northern Ireland provisions into the UK Internal Market Bill after the Lords voted to remove them.

The EU has already taken the first steps towards legal action over the legislation.

The government will also introduce the Taxation (Post-Transition Period) Bill.

It is thought the legislation replaces the planned finance bill, in which there were also plans to include measures to override parts of the divorce deal struck by the PM and the EU in 2019.