The 12 characters competing in the upcoming series of The Masked Singer UK have been unveiled.

And the costume department have gone all out with the new batch of outfits.

While most of last year’s disguises were of the animal variety, this year producers have been a bit more inventive, introducing Grandfather Clock, Sausage, Viking and Bush Baby into the mix.

Also among the disguises are the somewhat more traditional Robin, Badger, Seahorse and Swan, as well as Blob, Dragon and Harlequin.

The Masked Singer launched in the UK at the beginning of this year, and sees a variety of disguised celebrities trying to impress the judging panel with their singing abilities, all while their identities are completely hidden.

Series one was won by former Girls Aloud star Nicola Roberts, disguised as Queen Bee, while comedian Jason Manford and opera singer Katherine Jenkins – otherwise known as Hedgehog and Octopus – also made it all the way to the final.

For the time being, the identities of this year’s celebrities are still under wraps, though presenter Joel Dommett teased to Digital Spy earlier this year: “If anyone thought they can’t step it up from the first series, they have. It feels huge. 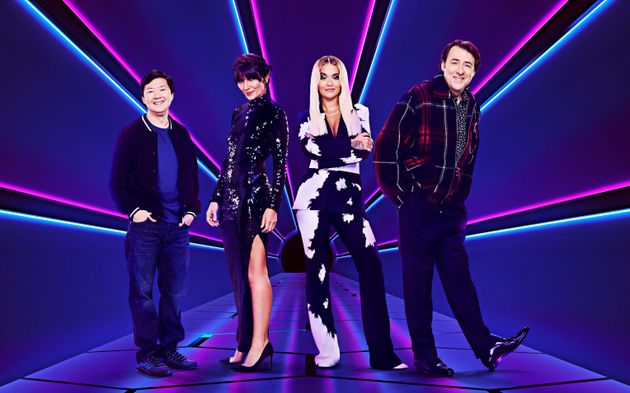 Joel will once again be back on judging duties for series two, while Davina McCall, Jonathan Ross and Rita Ora will return as judges.

There is one small change to the panel, though, with comedian Mo Gilligan standing in for Ken Jeong﻿, who was unable to take part due to travel restrictions.

The Masked Singer UK will return to ITV on Boxing Day.