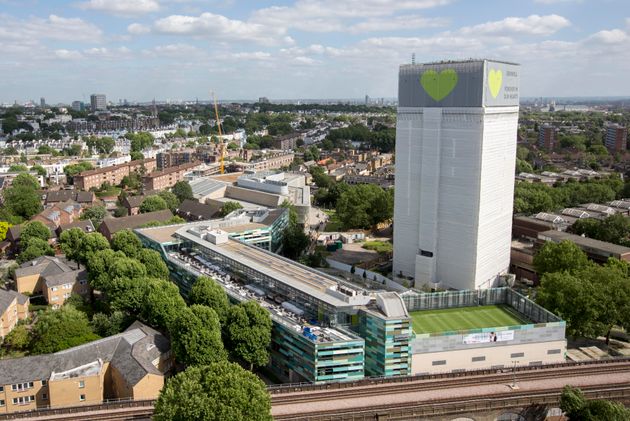 Grenfell survivors have expressed their relief that responsibility for the gutted tower block will be handed over to the government, rather than the local council, after a police probe is completed.

The Ministry of Housing, Communities and Local Government (MHCLG) said on Wednesday that, although Kensington and Chelsea council (RBKC) is the legal owner of the site, it will “take no role in the management or decision making” going forward.

The announcement comes just days after concerns were raised that the site would fall under the remit of the local authority once the police investigation was completed.

Survivors of the blaze, which led to the deaths of 72 people in June last year, welcomed the move.

Natasha Elcock, a former Grenfell resident and member of survivor and bereaved group Grenfell United said: “It’s a significant moment for survivors and bereaved families to hear that police investigations at the tower are about to be completed.

“We are relieved that the government has listened to us and stepped in to make sure that RBKC will not be managing site and will have no involvement in any decisions about the site.

“It’s hard to put into words how personal what happens to the site is to all of us who lived in the tower, lost loved ones in the fire and for the wider community.

“The people we lost that night will be forever in our hearts and it will be survivors, bereaved families and the community that will make decisions together about what happens to the site now and how we remember the loved ones we lost.”

It is expected that the Metropolitan Police will release the site at the beginning of August.

The MHCLG said that the tower will be managed by an independent site management team who have been in place since July 2017.

The group is responsible for the on-going day-to-day management, including health and safety and security.

Local police will continue to work closely with the team and patrol the surrounding area to protect the integrity of the site, the department added.

It has not yet been decided what will happen to the Grenfell Tower site, but the government has said Prime Minister Theresa May “has given her own personal commitment” that the bereaved, survivors and wider community will lead the decision-making process.