Anna Friel is back in action as troubled detective Marcella in ITV’s crime drama this week – except, she’s sort of not.

The third series sees the character take on a new identity after being presumed dead following the shocking events in the 2018 finale.

While the announcement of a new run of episodes came as something of a surprise to many, after the second series experienced a slump in traditional TV viewers, the show has seen its popularity soar on Netflix thanks to binge-watching during the pandemic.

As a refresher ahead of Marcella’s return to ITV, here’s a wrap up of everything that’s happened so far, and the questions we’re still in search of answers to... 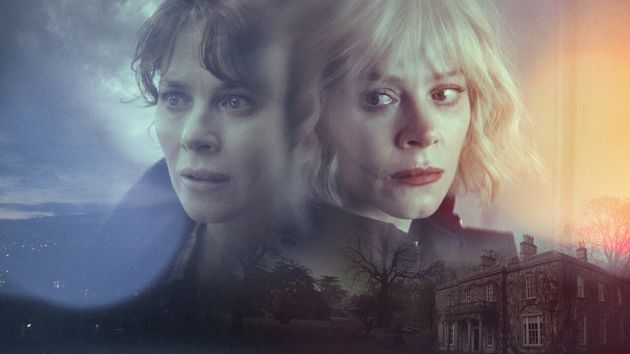 What happened in series one of Marcella?

The first series of Marcella aired on ITV back in 2016 and focussed on an 11-year-old case of a serial killer who had suddenly become active again.

After returning to the murder squad following a career break, Marcella was assigned the case to investigate. Matters became complicated when she began to suspect she could somehow be involved in the murders, having been suffering from blackouts that caused memory loss. 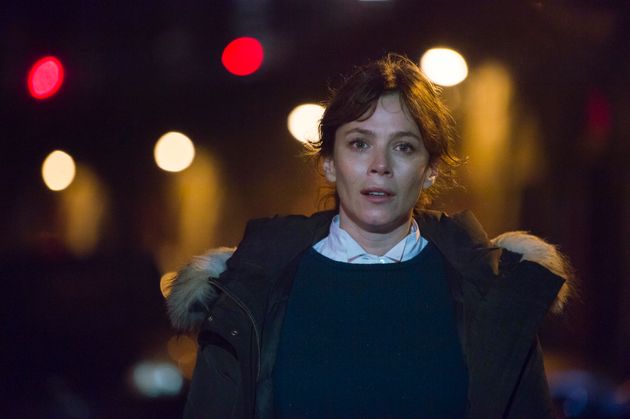 However, the series finale saw the son of a construction company owner, Henry Gibson (the brother of murdered Grace Gibson, who herself had been having an affair with Marcella’s husband Jason), revealed as the serial killer.

The shock scenes saw him take best friend Matthew Neil hostage in his wine cellar, in an attempt to frame him for his crimes.

After Marcella arrived at Henry’s house, to find he had also stabbed her husband Jason, he admitted to the killings. 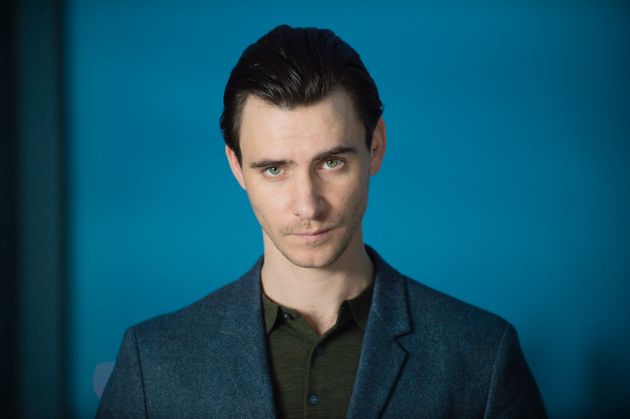 But in a twist, Marcella had another of her blackouts, and came round to find she had tied him up and tried to suffocate him with a bag over his head – the same method he had used to kill some of his victims.

Realising what she had done, she gave him resuscitation, but her actions had compromised the police investigation, forcing her to find alternative evidence to hold him accountable for his crimes.

After finding bite marks on his shoulder, she was able to pin a kidnap she had been investigating on him. However, that was not the end of Marcella’s troubles.

Detective Tim Williamson’s investigation of another murder uncovered the fact Marcella had doctored CCTV footage outside Grace’s house on the night she was murdered, which revealed Marcella had moved her body. 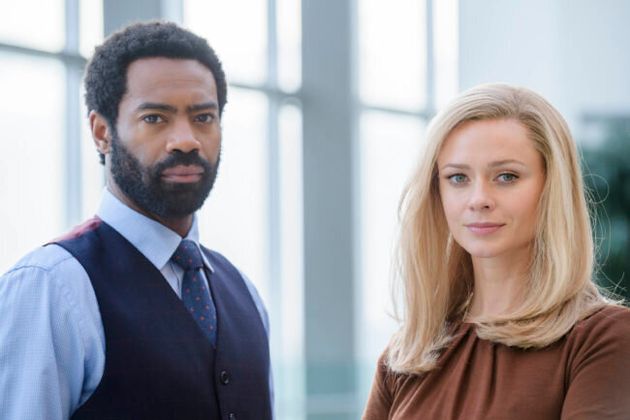 Viewers were left wondering if this meant Marcella had killed her husband’s mistress during a blackout, and if she could be a copycat killer.

What happened in series two?

The drama introduced us to a disturbing new case which centred on the dark topic of child killings, with Marcella and her team beginning an investigation when the body of a school boy was found inside a wall.

A devastated Marcella soon worked out that the body was that of her son’s friend, Leo Priestley, who had been abducted a few years beforehand, and the team linked this to the kidnap and murder of 16 other children.

The shocking series finale saw Jane Colletti – the mother of one of Marcella’s son’s school friends – unveiled as the serial killer, just as she was lining up Marcella’s son Edward as her next victim.

Upon discovering this, Marcella entered one of her fugue states, and kidnapped Jane’s daughter, before she later tracked Jane down at a disused warehouse where Edward was pinned to an operating table being prepared for a lobotomy, which Jane believed would rid him of the evil she believed was inside of him.

After Marcella took a knife to Jane’s daughter’s throat and threatened to kill her, a showdown ensued, after which Jane was eventually taken into custody.

There, she admitting to all her crimes, explaining she had tried to save these – what she believed were – abused children from turning into abusers.

The second half of the episode then served to unpick Marcella’s mental state and reveal how she had ended up on the roof of the police station preparing to take her own life, in a flash-forward in the first episode of the series.

Deciding to confront her demons about the night her infant daughter Juliette died years prior, Marcella unlocked a memory during a therapy session that revealed she had accidentally smothered her baby to death while trying to pacify her.

After being talked out of suicide by her colleague Rav Sangha, Marcella realised she no longer identified with the person she had become, and sought to escape herself by cutting off her hair and taking scissors to her mouth to give herself a Chelsea smile. 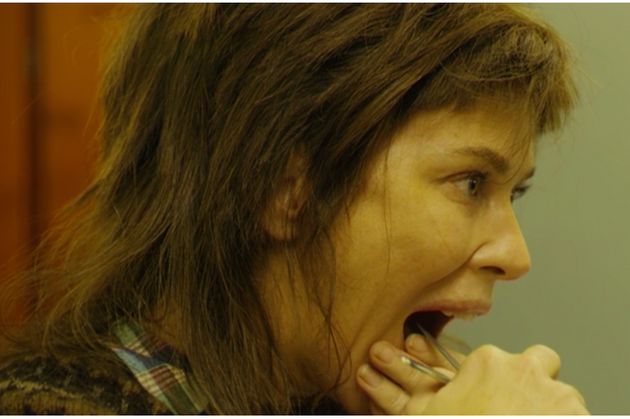 The action then cut to nine days later, when a police officer found her sleeping rough and told her about a fire at an abandoned house that had killed three homeless people, with Marcella believed to be among them thanks to a DNA sample.

Viewers questioned how the DNA was mixed up, but back in series one, Marcella paid a homeless woman to use her DNA. She needed it because the police required every officer to give their DNA to rule them out of the investigation of Grace Gibson’s death. But as Marcella knew her blood was at the scene of the crime, she had to fake the sample.

With Marcella now effectively dead to her friends and family, the police officer gave her the chance to work undercover as a shadow agent... 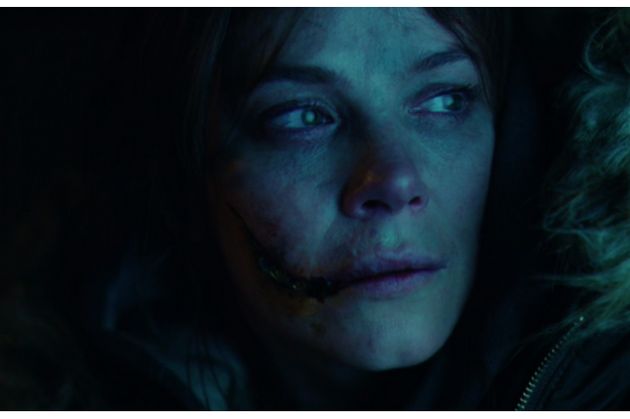 So where does series three take us?

The new series will pick up with Marcella in Belfast, where she has taken on a new identity, Keira, to infiltrate the infamous Maguire crime family.

As she investigates their activities, questions come to the fore about how much she’s embraced the Keira personality and left Marcella behind. 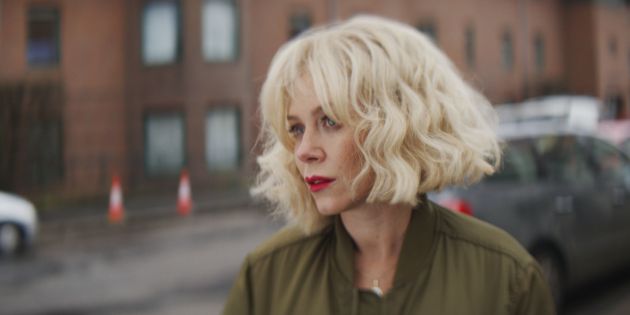 However, the quest for the truth puts her in danger and others in harm’s way, while questions will be raised about whether her old life will eventually catch up with her.

Ray Panthaki is the only other former cast member (so far!) confirmed to return to the series as Marcella’s former colleague Rav Sangha, suggesting it is only a matter of time before the past comes back to haunt her.

Newcomers to the show include Hugo Speer as Marcella’s undercover handler, and Amanda Burton as the matriarch of the Maguire family.

What questions do we still have?

While we now know the reason behind Marcella’s fugue states, it remains unclear what she is capable of during them, as a number of her blackouts have suggested she may have been a serial killer herself.

For instance, we still don’t know if Marcella was the one who killed Grace Gibson in series one, after CCTV captured Marcella moving her body.

We also never really got to the bottom of whether or not Marcella is specifically a copycat killer, following her attack on Henry Gibson, which revealed she had used the same method to try and suffocate him during one of her fugue states that he used on his victims. Are there other victims out there?

Obviously, fans will also be going into the new series wondering how Marcella’s family and colleagues have dealt with her disappearance and subsequent “death”, and how Rav manages to re-enter the story, but for now at least, we’re going to have to wait for answers (unless you’re in one of the international territories where series three has already debuted on Netflix, that is).

Marcella’s third series begins on Tuesday 26 January at 9pm on ITV, with the whole series then available on the ITVHub.