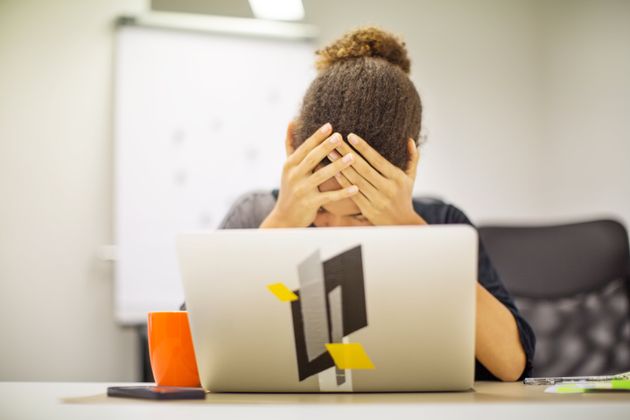 The NHS body responsible for training frontline workers will allow medical students to resit their exams after claims of “inhumane” conditions during a vital final year test.

Students sitting the Situational Judgement Test (SJT), which accounts for half of their entire final grade, described being forced to urinate in their seats for fear of being disqualified from the online exam, which had been outsourced to US-based company Pearson VUE by the UK Foundation Programme (UKFPO).

Other students taking the December exam were disqualified for infractions as minor as working out answers on a blank piece of paper or not wearing headphones – apparently breaking strict rules they say were not made clear.

Health Education England (HEE), which oversees the UKFPO, said on Friday it was now “working with individual applicants whose tests were discontinued and where appropriate will offer the option to re-book”.

But in emails seen by HuffPost UK, students are still barred from leaving their seat to go to the toilet during the two-hour exam and have been told the offer of a resit comes as a “gesture of goodwill”.

One final year student, based in the north-east of England, told HuffPost UK how her exam had been cut short just 10 minutes in after a landline phone left on the desk she was working at rang briefly.

The invigilator carried out a check of the room via the webcam before the exam started, the 25-year-old student said, but despite asking her to move a mousemat off of the desk, said nothing about the phone.

Despite immediately rejecting the call, the 25-year-old student was sent a message seconds later saying she had been caught using her phone and so was disqualified from the exam.

She said: “I just didn’t know what to do, and had no idea if I was going to be able to resit. The guy in the online chat said: ‘We’re disqualifying you from the exam now’, so I said: ‘OK, what happens next?’.

“He didn’t reply, just closed the chat window. I got an automated email from Pearson VUE with a case number in it, which said I’d hear something within 72 hours, but I still haven’t heard anything. That was December 16.”

After up to six years of studying, the SJT forms half of a medicine student’s entire course grade, which in turn determines how likely they are to be placed in their preferred region of the UK to undertake their two foundation years in hospitals.

With the exam marked relatively, ranking students against one another to create a priority list to determine who is most likely to get their first choice on where they will spend the next two years of their lives.

Cut off by the invigilating system, students faced little to no chance of being places in their preferred posts, if they were even allowed to qualify at all, cutting them off from vital support networks as they face starting their careers in an NHS ravaged by Covid-19.

The treatment for some students undergoing the exams has been unfair, unacceptable, and in some cases inhumaneBecky Bates and Tinaye Mapako, co-chairs of the BMA medical students committee

The Yorkshire student said: “It’s just so upsetting, I just want to be allowed to help. I’ve been training for six years to serve my country, and they need us now more than ever.

“It’s making it so hard to motivate myself to do anything, I’ve got my finals coming up in a few weeks but all my time has been taken up with trying to sort this out. It’s just horrible.”

Fellow students have detailed their experiences online, describing the “humiliation” and “infantilisation” they felt while undertaking the exam and their fears of where their results could leave them in their careers.

One student, 24, at a medical school in the south of England, told HuffPost UK how her test had been stopped 40 minutes in after an invigilator saw her writing her workings down in an empty notepad, despite there being no guidance from Pearson VUE that banned it.

The US-based global company did ban more obscure items on its list however, such as firearms and barrettes, more commonly referred to in the UK as hair clips.

Similarly to the student who was stopped when a landline phone rang, the 24-year-old also said that an invigilator had seen a picture of her desk prior to the exam going ahead during a mandatory check of the working environment, but did not mention the notepad – despite another student in the same cohort being told to remove a similar notepad before the exam began.

In a comment to HuffPost UK, Pearson VUE said that all students had been urged to read through resources about the exam emailed to them in the week before their test, highlighting part of the guidance which states that “books or notes unless specifically authorised by the exam program for use during your test” are not permitted.

The student who spoke to HuffPost UK said it was not made clear that this referred specifically to blank notepads, and was interpreted to mean textbooks or notes to prepare for the exam.

In their statement, a Pearson VUE spokesperson said: “To safeguard the integrity of our services and our clients’ exams, we actively monitor against strict security policies.

“The SJT is designed to be fair to all candidates and as the UKFP’s testing partner, Pearson VUE takes all necessary steps to ensure that every testing experience is a good one, but is allowed to stop a candidate’s exam if the rules set out aren’t followed.”

Less than an hour before it emerged that some students would be able to resit their SJT, the Doctor’s Association UK (DAUK) released an open letter urging the UKFPO to urgently address how grades would be allocated for students who had been interrupted and to arrange resits where necessary.

Anna Sigston, who sits on the DAUK medical student committee told HuffPost UK: “We have received concerns from a number of students whose SJT exam’s were cut short due to technical difficulties and unclear guidance. Ultimately the communication from the UKFPO to these students was poor at best.

“Graduating medical school is a stressful time, especially during a global pandemic, let alone when a major exam was cut short due to errors with the system. The delayed and dismissive communication from the UKFPO has only made this experience more taxing, negatively impacting many student’s mental health.

“Not only this, but we believe it will negatively impact students applications for an error that was not their fault. Pearson VUE and the UKFPO should take responsibility for their technical faults and unclear guidance, rather than punishing students for their failures.”

The British Medical Association (BMA) criticised the situation in similarly strong terms, describing the treatment of students as “unfair, unacceptable and in some cases inhumane”.

Becky Bates and Tinaye Mapako, co-chairs of the BMA medical students committee, said they were “shocked and distressed” by the reports.

“They indicate the treatment for some students undergoing the exams has been unfair, unacceptable, and in some cases inhumane,” they said. “This adds even greater levels of stress, anxiety and in many cases uncertainty to students who are desperate to enter the foundation programme later this year.

“Many final year medical students have been juggling their studies with the national Covid-19 effort, providing essential support to primary and secondary care teams across the country. To then potentially prevent them from further contributing to urgent patient care and deny them the chance to become fully-qualified doctors is frankly astounding.”

Pearson VUE found itself at the centre of another backlash in the summer, when prospective barristers reported having to urinate into buckets during the bar exam, with an independent review launched into the difficulties faced by students in late 2020.

HuffPost UK asked the UKFPO if it would reconsider its contract with Pearson VUE in light of what students had reported, but did not receive a direct response.

Instead, Dr Mike Masding, co-chair of the UKFPO and lead Health Education England (HEE) Foundation school director said: “Out of 8,000 UKFPO applicants a small number were disqualified by the testing invigilator for prohibited actions.

“We are working with individual applicants whose tests were discontinued and where appropriate will offer the option to re-book.

“All applicants were given guidance in advance of the test but we will continue to work with partners to review the process and ensure all applicants are fully supported.”