Boris Johnson appeared to mutter “oh god” as he struggled to explain how the government was protecting the UK from a new Brazilian variant of coronavirus.

The prime minister’s apparent exasperation came under sustained questioning on measures being taken to stop the variant from senior Labour MP Yvette Cooper.

At the Commons liaison committee, Johnson insisted “we are taking steps” to stop the variant reaching British shores.

But Cooper said the PM had failed to explain what the UK is doing.

At one point, the microphone appeared to pick up Johnson muttering “oh god” as Cooper pressed on the issue.

Boris Johnson muttering "oh god" under his breath as he's questioned at the Liaison Committee doesn't look that great pic.twitter.com/SDbuFS2vvO

The questioning came after the UK banned flights from South Africa in a bid to stop a Covid variant that emerged there from spreading here.

But Cooper, who chairs the Commons home affairs committee, pointed out that someone from South Africa could still fly to the UK via another country and immediately get on public transport and risk spreading the virus, before entering the government’s mandatory 10-day quarantine.

Cooper said her committee had also heard on Wednesday that 90% of people subject to quarantine are not checked by the authorities to see if they are complying.

She also questioned why the government was not taking “immediate action” to stop the Brazil variant.

Moves to ensure all arrivals have a negative Covid test within 72 hours of travelling to the UK are not due to come into force until Friday, she said.

Cooper insisted the UK could have “stronger quarantine and stronger checks like very many other countries do”.

“We were warned about the Brazil variant three days ago, we don’t know yet whether that will potentially undermine the vaccination programme so why aren’t you taking immediate action on a precautionary basis?” she asked.

Cooper went on: “Are you, that’s a new announcement?”

Johnson replied: “No sorry I said what we were looking at was the question of whether or not the Brazilian variant is immune resistant.” 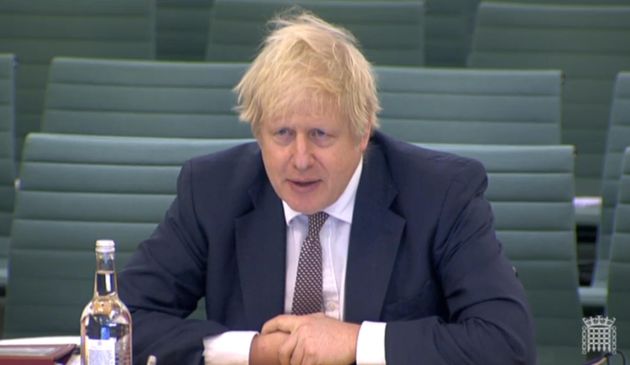 Pressed on whether this means a new travel ban being imposed on Brazil, he said: “We are taking steps to ensure that we do not see the import of this new variant from Brazil.”

Cooper went on: “With respect prime minister, what are those steps?

“Because as of a few hours ago it was possible to get direct flights from Brazil without any testing in place.

Johnson again insisted: “We are taking steps to avoid the import of the Brazil variant to this country as we have taken steps to stop the South African variant being imported into this country.”

Cooper pressed him again: “You can’t tell me any additional measures that you’ve put in place, you just keep using the words ‘we’re putting in place stronger measures’.

“But please tell me what they actually are?”

Referring the measures due to come into force on Friday, Johnson replied: “You’ll have to show from all countries that you’ve got a negative test in order to come to this country.”