It’s been one week since a pro-Trump mob stormed the US Capitol, and security looks very different now than it did on that deadly day.

Striking photos from around the Capitol on Wednesday showed hundreds of National Guard members sleeping in the halls amid reports of expected violence leading up to president-elect Joe Biden’s inauguration on January 20.

As Congress debated and voted on an article of impeachment against president Donald Trump, National Guard troops were camped out amongst the artwork in the Capitol rotunda, as well as in the Capitol visitor centre. 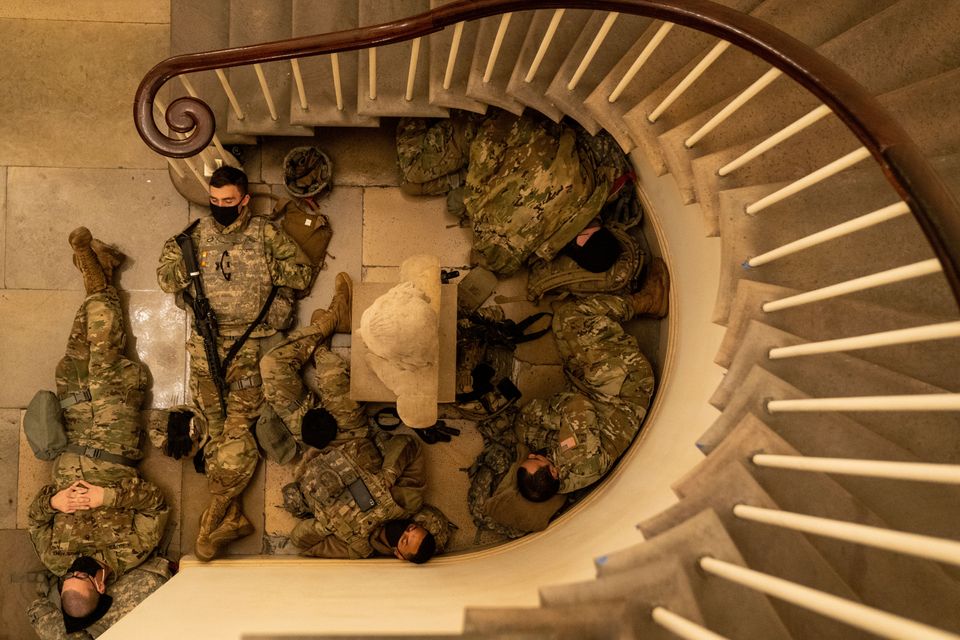 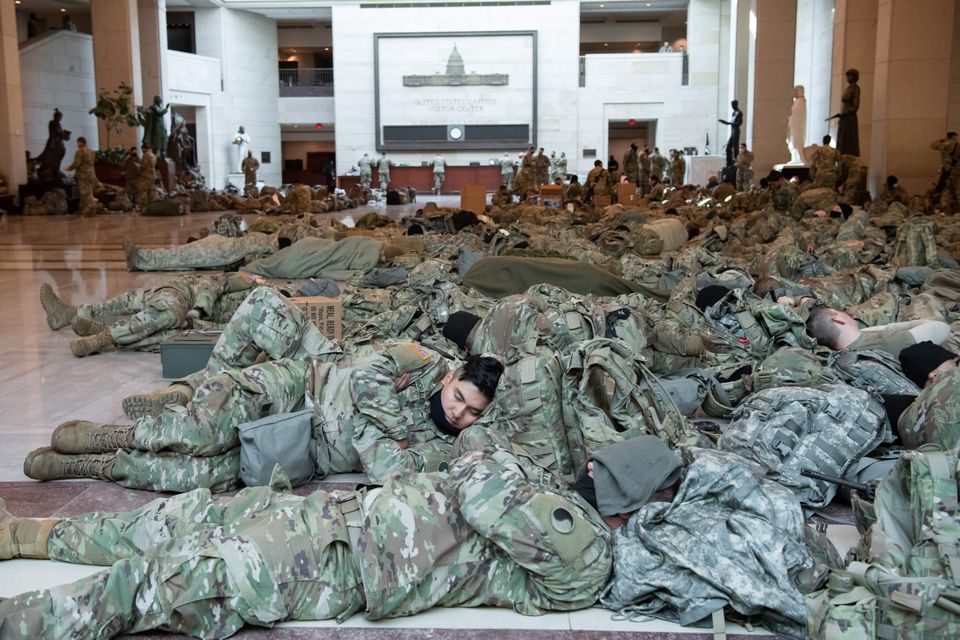 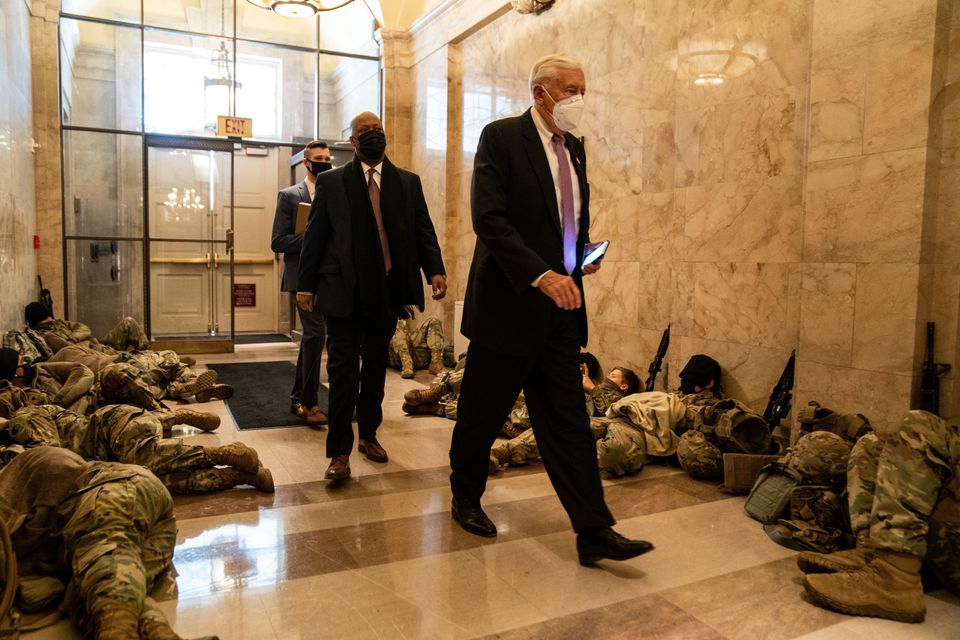 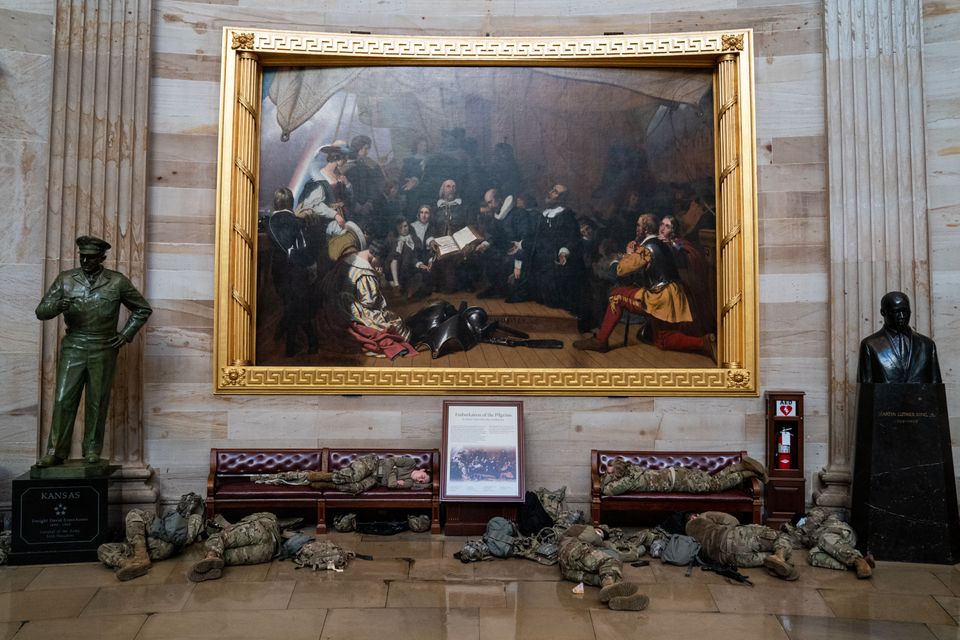 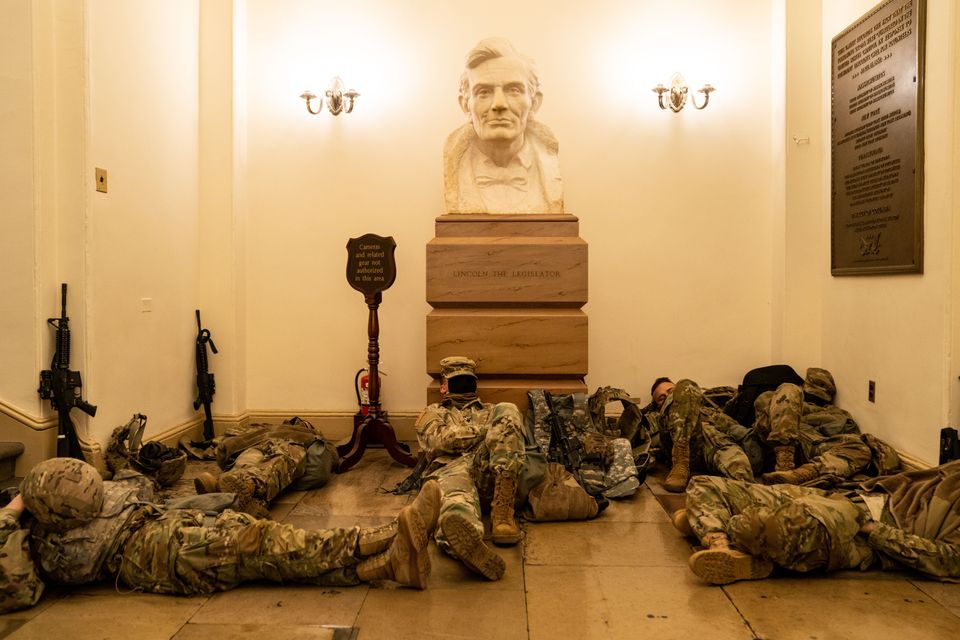 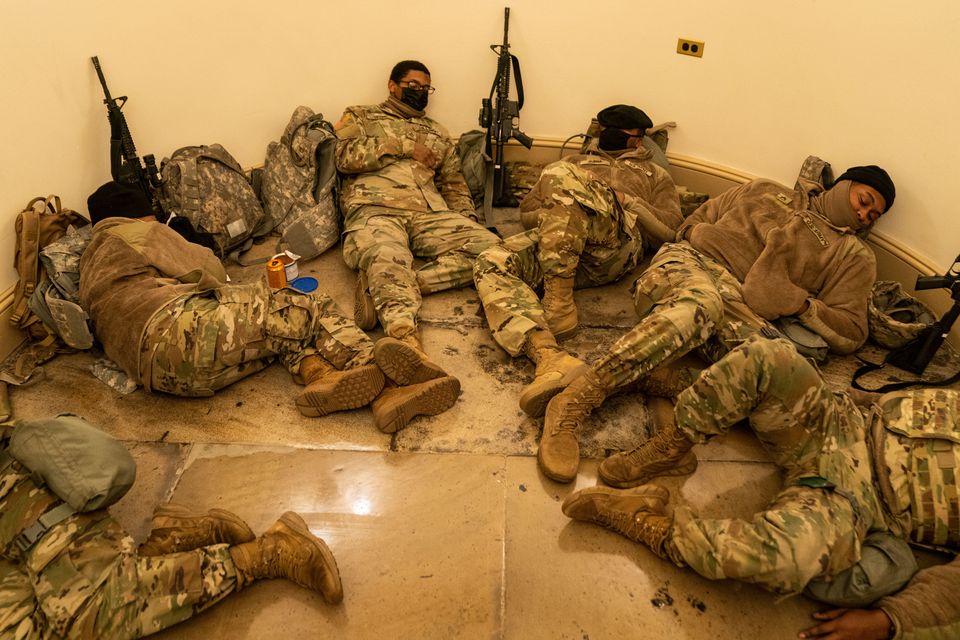 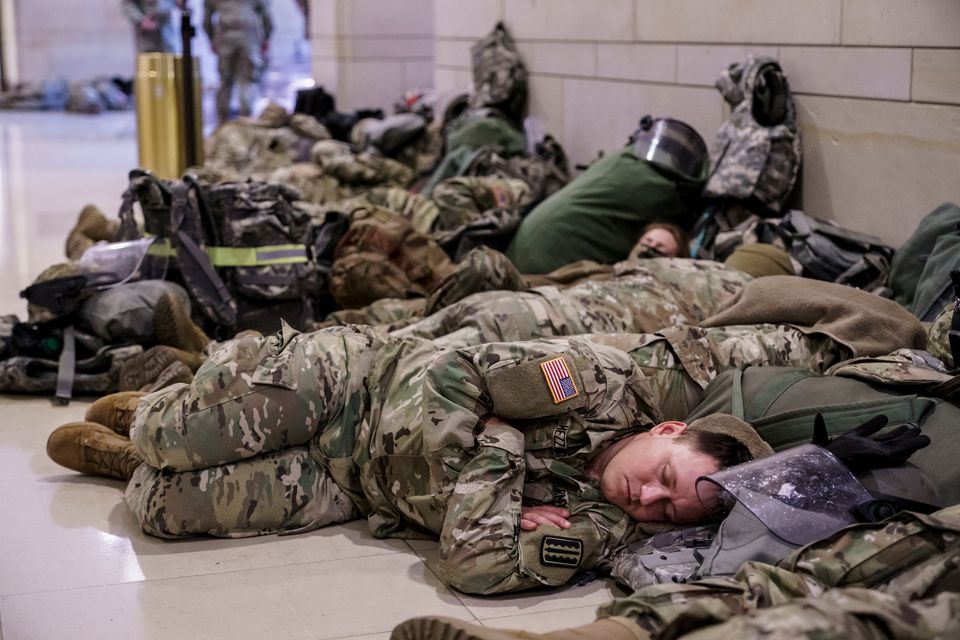 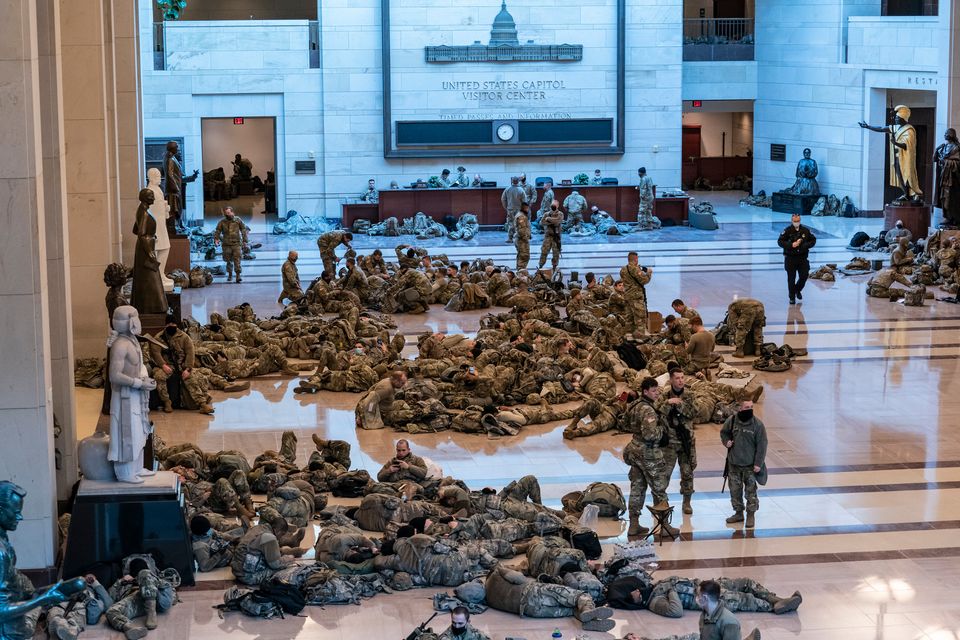