Tributes have been paid to Sean Connery, following the actor’s death at the age of 90.

Sir Sean was best known for his iconic portrayal of James Bond. The Scottish actor was the first to bring 007 to the big screen, appearing in seven of the spy thrillers. 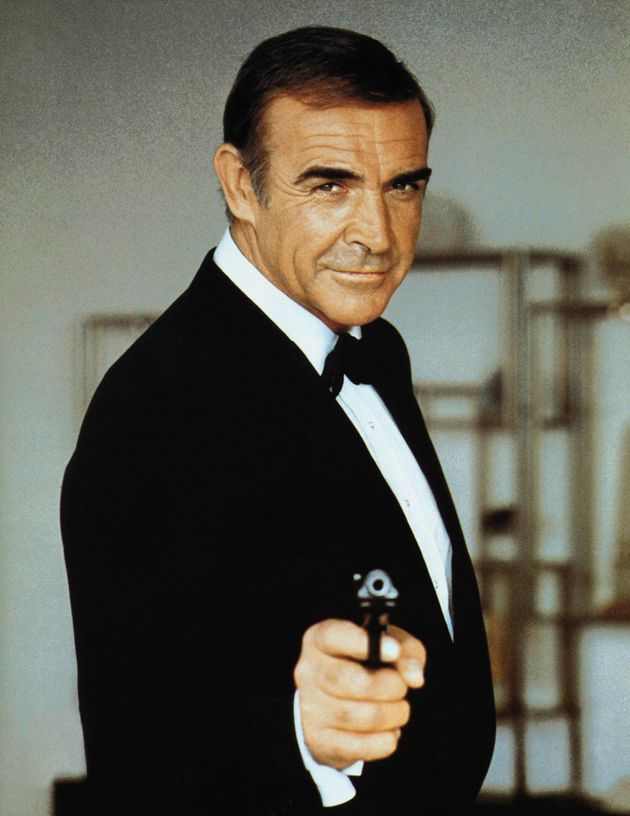 Bond producers Michael G Wilson and Barbara Broccoli paid tribute to the actor in a statement: “We are devastated by the news of the passing of Sir Sean Connery.

“He was and shall always be remembered as the original James Bond whose indelible entrance into cinema history began when he announced those unforgettable words – “The name’s Bond… James Bond” — he revolutionised the world with his gritty and witty portrayal of the sexy and charismatic secret agent.

“He is undoubtedly largely responsible for the success of the film series and we shall be forever grateful to him.”

Pinewood Studios, home of the Bond film franchise, said in a statement: “We are extremely saddened to hear of the passing of the legendary Sir Sean Connery. Memories of this outstanding actor and his unforgettable embodiment of superspy James Bond will forever be cherished at Pinewood.”

Tributes have been pouring in from the entertainment world on Twitter after his death was announced by his family on Saturday.

I grew up idolizing #SeanConnery. A legend on screen, and off. Rest In Peace. pic.twitter.com/OU9QEy5fTB

1/2 I'm incredibly saddened to hear of Seans passing. My thoughts are with his family. He was a wonderful person, a true gentleman and we will be forever connected by Bond.

2/2 When we were younger I used to cheer Sean on from the sidelines whilst he played football in his team, The Showbiz 11! Well, I will always be there to cheer you on Sean! Forever in our hearts and may you rest in peace. Shirley x

‘Sean Connery WAS James Bond, the rest of us were just imposters.’ - what George Lazenby, the man who replaced him as 007, told me a few years ago. He was right..... pic.twitter.com/l16Ck8iEK4

RIP Sir Sean Connery.. a trailblazer, a true legend and a gentleman https://t.co/hkLwouejZI

There's a level of stardom where the star becomes so embedded in the culture, at least for a certain generation, that it's almost impossible to imagine they no longer exist. Sean Connery was at that level. #RIP

Possibly it's deeper as well because the death of someone so present in your imagination feels impossible, like your own. Which brings home to you that it - your death that is - really isn't.

Shaken and, on this occasion, stirred to hear that Sir Sean Connery has passed away. Had the pleasure of playing golf with him on a couple of occasions. A real character and for me, the best Bond. James Bond should be immortal. RIP

Just when you thought 2020 couldn’t get any shittier the sad news that Sean Connery has died. RIP - best ever Bond.

Sean Connery was a movie legend, even far into his golden years. Our strongest Bonds were formed by him, and he was Untouchable. He passed today at age 90, a suave hero to the end.

Every day on set with #SeanConnery was an object lesson in how to act on screen. But all that charisma and power- that was utterly unique to Sean . RIP that great man , that great actor . https://t.co/W8MQrFYlJ0

How infinitely sad to hear the news Sir Sean Connery has passed away. He and Roger were friends for many decades and Roger always maintained Sean was the best ever James Bond. RIP

No doubt he epitomised James Bond but don't forget there were so many other roles. True Movie Star who owned the screen .
Rip #SeanConnerypic.twitter.com/CLxA5l8k8l

Scotland’s First Minister, Nicola Sturgeon, also paid tribute to the actor, who she described as one of the nation’s “best loved sons”.

1/ I was heartbroken to learn this morning of the passing of Sir Sean Connery. Our nation today mourns one of her best loved sons.
https://t.co/76UGDptARp

2/ Sean was born into a working class Edinburgh family and through talent & sheer hard work, became an international film icon and one of the world's most accomplished actors

3/ Sean will be remembered best as James Bond - the classic 007 - but his roles were many & varied. He was a global legend but, first and foremost, a patriotic and proud Scot - his towering presence at the opening of @ScotParl in 1999 showed his love for the country of his birth.

4/ Sean was a lifelong advocate of an independent Scotland and those of us who share that belief owe him a great debt of gratitude.

5/ It was a privilege to have known Sean. When I last spoke to him it was clear even then that his health was failing - but the voice, the spirit and the passion that we all loved so well were still there. I will miss him. Scotland will miss him. The world will miss him.

6/ My thoughts and condolences are with Micheline, their children and all the family. RIP Sir Sean Connery

The actor is survived by his son Jason and his second wife, French artist Micheline Roquebrune.