The investigation into anti-Semitism by the Equality and Human Rights Commission (EHRC) has found Labour responsible for unlawful acts of harassment and discrimination.

In its report, published on Thursday, the human rights watchdog said the party under Jeremy Corbyn’s leadership was guilty of three breaches of the Equality Act.

The EHRC said Labour had allowed political interference in anti-Semitism complaints (resulting in pressure to treat some cases less harshly and others more harshly); had failed to provide adequate training to those handling anti-Semitism complaints; and had permitted harassment of Jewish members by two agents. There were also 18 “borderline” cases of “local councillors, local election candidates and Constituency Labour Party office holders” whose conduct could not be definitively shown to be the responsibility of the party; and “many more” where there was evidence of anti-Semitic conduct by ordinary members.

Here’s how the key players reacted to the findings. 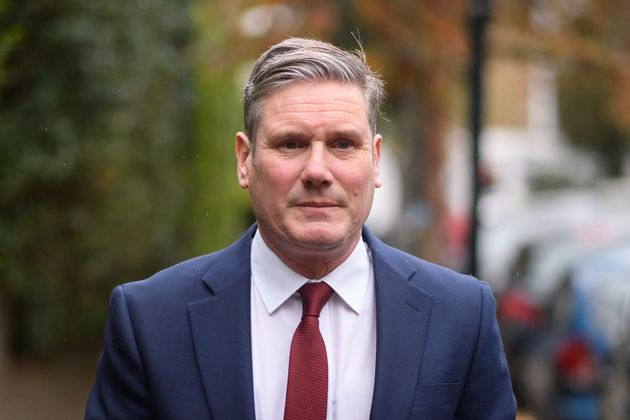 Labour’s new leader said the report’s findings marked a “day of shame” for the party and said he was “truly sorry for all the pain and grief that has been caused”.

“We have failed Jewish people, our members, our supporters and the British public,” he said. “And so, on behalf of the Labour Party: I am truly sorry for all the pain and grief that has been caused.” 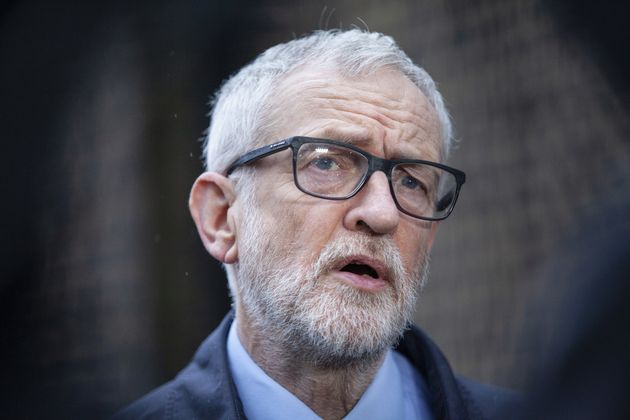 Jeremy Corbyn has been suspended from the Labour Party over his response to the EHRC report after he claimed the problem had been “dramatically overstated” by his political opponents.

A spokesperson for Labour said: “In light of his comments made today and his failure to retract them subsequently, the Labour Party has suspended Jeremy Corbyn pending investigation”.

In a statement about the report, Corbyn had written: “Anyone claiming there is no anti-Semitism in the Labour Party is wrong.

“Of course there is, as there is throughout society, and sometimes it is voiced by people who think of themselves as on the left.

“Jewish members of our party and the wider community were right to expect us to deal with it, and I regret that it took longer to deliver that change than it should.

“One anti-Semite is one too many, but the scale of the problem was also dramatically overstated for political reasons by our opponents inside and outside the party, as well as by much of the media.”

Corbyn added: “That combination hurt Jewish people and must never be repeated.”

The former Labour leader has also had the whip removed from the Parliamentary Labour Party.

Starmer said he was “disappointed” in Corbyn’s statement in response to the report and he “fully supports” the decision to suspend him from the party.

He said: “We cannot say ‘zero tolerance’ and then turn a blind eye.”

On the day we should all be moving forward & taking all steps to fight antisemitism, the suspension of Jeremy Corbyn is profoundly wrong. In interests of party unity let’s find a way of undoing & resolving this.

He wrote on Twitter: “On the day we should all be moving forward & taking all steps to fight antisemitism, the suspension of Jeremy Corbyn is profoundly wrong. In interests of party unity let’s find a way of undoing & resolving this.”

McDonnell added: “I urge all party members to stay calm as that is the best way to support Jeremy and each other. Let’s all call upon the leadership to lift this suspension.” 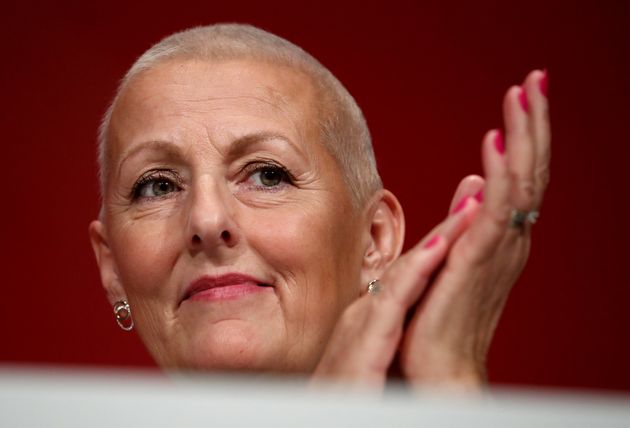 The former general secretary of the Labour Party said that under her and Corbyn’s leadership, Labour’s processes for tackling anti-Semitism were transformed but “mistakes were made along the way”.

“But the record shows that as a result of the changes we made, Labour’s previously unfit processes were transformed, becoming more rapid, robust and more independent than any other political party,” she said on Twitter.

“Under Jeremy Corbyn’s initiative, we brought reforms to conference which were passed by Labour members and affiliates that enabled rapid expulsions.

The Jewish Labour Movement (JLM) said the report provided Jewish Labour members “with the relief that they have been seeking from the Labour Party, but which it failed, over five years, to offer”.

“Since 2015, we have consistently warned the Labour Party about a deepening casual culture of anti-Jewish racism, that saw Jewish Labour members and activists harassed and discriminated against,” the group said in a statement.

“Instead of listening to our growing concerns over the scale of the challenge, we were told that this racism was imagined, fabricated for factional advantage or intended to silence debate. Today’s report confirms that our voices were marginalised and our members victimised.” 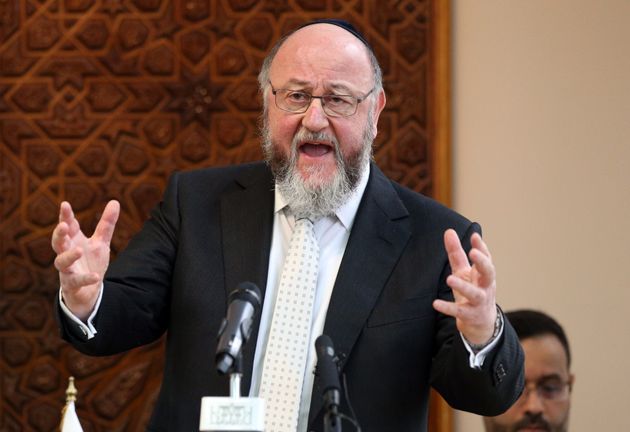 The chief Rabbi said the report was a “historic nadir for the Labour Party”.

“The impact of this report reaches well beyond the issue of anti-Semitism or the Jewish community, by sending a powerful message that the politics of scapegoating and hatred will never succeed,” Mirvis said in a statement.

He said he was “encouraged” by Starmer’s commitment to change and his “recognition today that the Labour Party has failed Jewish people, its members, its supporters and the British public”.

He added: “Once again, I salute all those who came forward to share their concerns about the way that complaints about anti-Semitism were being handled in the party to which they had dedicated their lives, not least the whistleblowers, whose fortitude has been so profoundly vindicated.”

The anti-racism campaign group said the EHRC report was “unequivocal and damning”.

“Those who led, ran and administered the Labour Party over this period have serious questions to answer, and the entire party from members to MPs and Peers should reflect on this period and ask themselves how this was allowed to happen for so long,” it said. 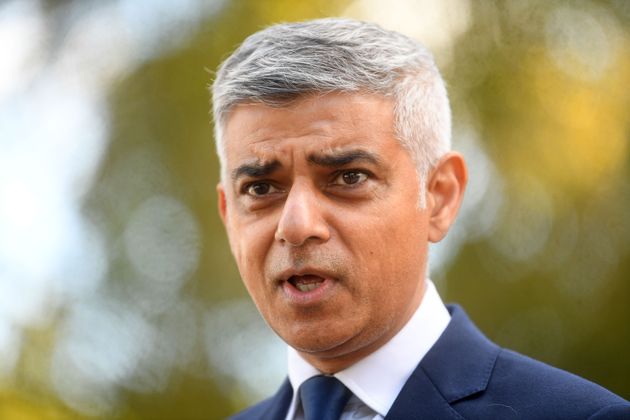 “It’s utterly shameful that, rather than being an ally and defending the Jewish community, the Labour Party not only failed to address anti-Semitism within the party, but oversaw unlawful acts of harassment and discrimination,” he said in a statement posted to Twitter.

“I welcome Keir Starmer’s swift and strong response to the EHRC report, as well as the action he’s already taken as leader to root out anti-Semitism.

“I will do everything I can to work with the new leadership of the Labour Party to stamp out anti-Semitism and to bring an end to this appalling chapter in Labour’s history.” 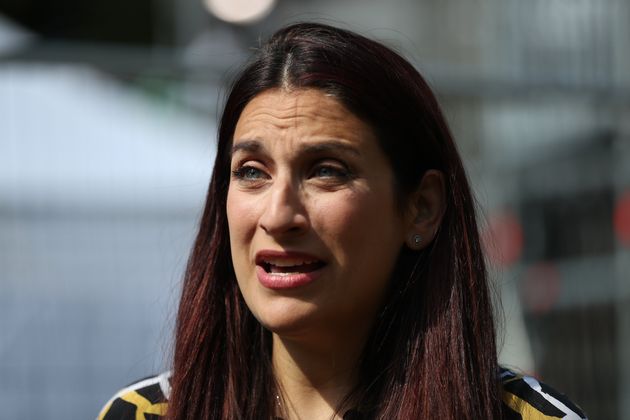 The Jewish former MP who quit Labour over anti-Semitism said the findings were “damning”.

“It’s a very emotional day. This comes after an incredible and very, very challenging journey. A very, very, very tumultuous time,” she told the BBC.

“I had to take the decision ultimately to leave the Labour Party 18 months ago, a decision I never anticipated I would ever have to make, and at that moment people accused me and others of making it up, of it being a fabrication, and as we’ve seen in the report today, very, very clearly, it wasn’t.” 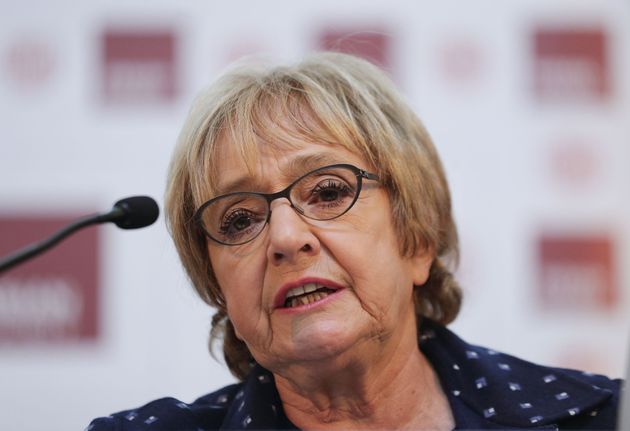 The veteran Labour MP said Corbyn had “shamed” the party and accused him of being “in permanent denial about the extent of the problems that emerged during his leadership”.

“Even when the evidence is placed in front of him he fails really to understand the importance and severity of it,” she told a press conference.

“It happened on his watch. He shamed the Labour Party. He sat at the centre of a party that enabled anti-Semitism to spread from the fringes to the mainstream.” She added: “He is yesterday’s man. He is absolutely irrelevant.”

Labour MP Catherine McKinnell, the co-chair of the All Party Parliamentary Group (APPG) against anti-Semitism, said it was a “shameful day” for the Labour Party.

“It is profoundly distressing that an organisation established by a Labour government to uphold the equality laws we fought to bring about, has found that in recent years our party has been responsible for discrimination and harassment of Jewish members,” she said in a statement.

Welcoming action from Starmer to implement recommendations made in the EHRC report, McKinnell added: “There is a long road ahead in rebuilding trust, but first we must reflect on the enormity of what has happened and collectively renew our steadfast resolve to ensure it can never ever happen again.”

The Antisemitism Policy Trust – a charity “focused on educating and empowering decision makers to effectively combat anti-Semitism” – said the EHRC’s find was “profound and shameful”.

“It should send a shockwave through the Labour Party and serve as a wakeup call for change,” the charity said in a statement.

“Today, everyone’s thoughts should be with the victims of anti-Jewish racism, MPs bullied from or within their party, Jewish Labour members discriminated against, families that lived in fear, young people deterred from aspirations for public life, Jewish women who repeatedly bore the brunt of online and other abuse and so many Jewish people told they were liars.

“The ugly truth has now been laid bare for all to see. Reflection, education and leadership are now required.”

Unison is one of 12 unions affiliated with the Labour Party. Its general secretary Dave Prentis said the EHRC report was “incredibly serious and damaging”.

“It will now be up to the whole Labour Party – led by Keir Starmer – to learn the vital lessons outlined in this shameful, distressing report, and repair ​its damaged relationship with the Jewish community,” he said.

“Unison has always ​fought racism in all ​its forms, ​including anti-Semitism. ​The union urged Labour ​to tackle anti-Semitism in its ranks long before the EHRC investigation​.

“Unison will continue to work with everyone who wants to banish the scourge of anti-Semitism from the Party​ once and for all.”

Prentis added: “There must never again be any place for discrimination of any kind within Labour.”

Dave Ward, general secretary of the Communications Workers’ Union, said the report was a “serious and detailed document everyone in the Party should read and understand” – but criticised the decision to suspend Corbyn.

″@Keir_Starmer’s political decision to suspend @jeremycorbyn – a lifelong anti-racist campaigner – flies in the face of the report It’s fundamentally wrong and needs to change,” he tweeted.

Corbyn’s suspension was made through the “proper channels”, Labour sources said, which is likely to mean the Governance and Legal Unit if true. One of the criticisms of the party in the ECHR report was that there had been interference from the leader’s office in taking action against members over anti-Semitism.