In the UK around 16,000 people are diagnosed with melanoma each year, making it the fifth most common cancer.

Melanoma is a form of skin cancer that can appear anywhere on the body but, according to the British Skin Foundation, is most commonly found on men’s backs and women’s legs.

It can develop from existing moles, but in 70% of cases appears as new marks on the skin – as such, experts recommend doing a skin check once a month.

Deaths from melanoma skin cancer in the UK have risen by 150% since the 1970s, according to Cancer Research UK. Although, melanoma is still most common in those aged 65 and over, young people are increasingly at risk – rates for 25 to 49-year-olds have increased by 70% since the 1990s. 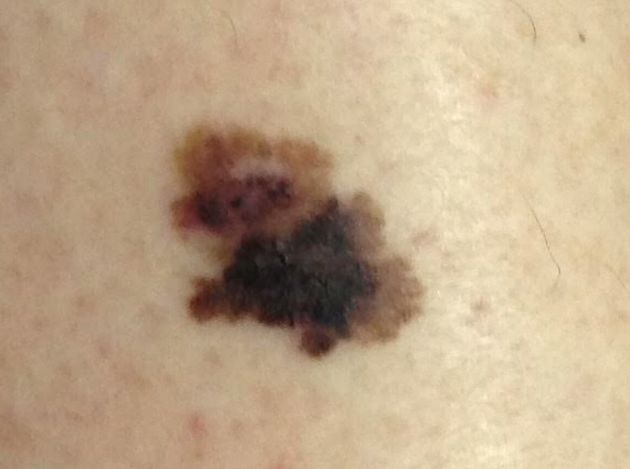 What exactly is melanoma?

There are two main types of skin cancer: melanoma, which is less common but more serious, as it can spread to other organs in the body; and non-melanoma, the more common type of skin cancer.

Melanoma starts in cells in the skin called melanocyte, while non-melanoma slowly develops in the upper layers of the skin.

Despite it being less common, the potential for melanoma to spread to other parts of the body means it’s responsible for up to 75% of skin cancer deaths.

The most common symptom of melanoma is a new mole or changes to an existing mole. In most cases, melanomas have an irregular shape and are more than one colour.

It’s helpful to remember the ABCD rule when assessing your moles. Take note if there is:

Asymmetry: the two halves of the area differ in shape.

Border: the edges of the area may be irregular or blurred, and sometimes show notches. 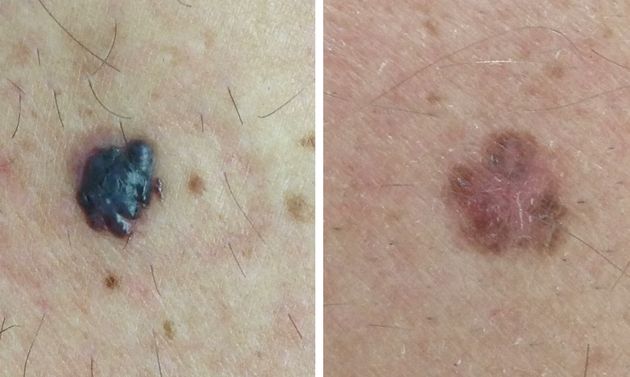 Colour: this may be uneven. Different shades of black, brown and pink may be seen.

Diameter: most melanomas are at least 6mm in diameter. They tend to be larger than your other moles and can sometimes be itchy or bleed. 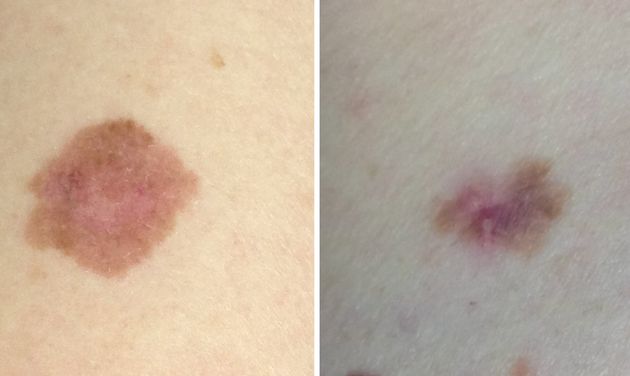 Some apps let you take photos of your moles to check whether you need to see your GP. With the SkinVision app, for example, you take a photo of your mole with your phone and within 30 seconds the app’s AI algorithm indicates the level of risk of skin cancer and recommend the next steps to take (the app provided HuffPost UK with photos of confirmed melanoma for the purpose of this piece).

A study published in the BMJ has cautioned that algorithm-based smartphone apps cannot be relied on to detect all cases of melanoma or other skin cancers.

Ultimately, if you have a dodgy mole, you should get it checked out by a GP. If your doctor suspects you may have a melanoma, he or she may take photos to send to a specialist and refer you to a dermatology clinic for further testing within two weeks of your initial GP’s appointment. 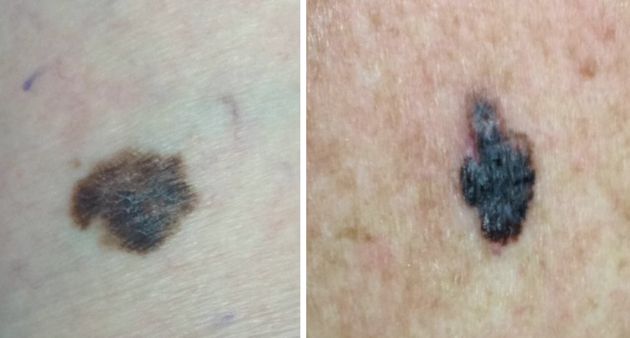 Why is melanoma on the rise?

The main reason for the rise in deaths from melanoma since the 1970s is the UK’s ageing population, Dr Bav Shergill, a consultant dermatologist and British Association of Dermatologists spokesperson, previously told HuffPost UK.

However other factors such as increased affordability and availability of foreign holidays, the enduring fashion for tanned skin, and the popularity of sun beds also play a part, he added.

Figures show that if the cancer is caught early, 91% will survive the disease for five years or more.

“People should not delay visiting their GP if they’re concerned about a potential skin cancer. It is a major source of concern that skin cancer referrals have dropped significantly during the Covid-19 pandemic.”