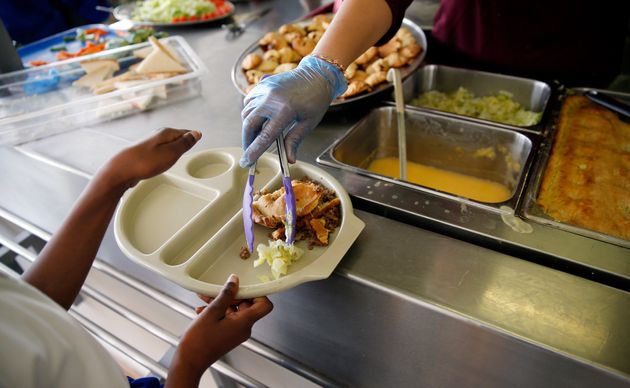 A Tory MP has suggested free school meal vouchers for the children in his constituency “effectively” went to crack den and brothel.

Ben Bradley, MP for Mansfield, Nottinghamshire, claimed on Friday evening that one of the kids in his constituency “lives in a crack den” while another “in a brothel” and that extending free school meals would not reach these children.

When one Twitter user responded suggested a ”£20 cash direct to a crack den and brothel” could be “the way forward”, the MP said: “Thats what FSM vouchers in the summer effectively did.”

The conversation has since been deleted from Twitter, but not before it was screenshotted and met with a backlash on social media.

Bradley later responded to Rayner’s tweet, claiming she had “ignored all context and sense”.

A Conservative MP has said that free school meals are effectively a direct payment to brothels and drug dealers.

Notwithstanding the fact that the vouchers in summer could only be used to purchase food, this stigmatisation of working class families is disgraceful and disgusting. pic.twitter.com/0gvieYM4a9

One Labour source told HuffPost UK: “On Wednesday, the Tories were clutching their pearls over ‘unparliamentary language’.

“Tonight, one of their MPs is accusing hungry kids of spending free school meal vouchers on drugs and prostitutes.

“One rule for them, another for everyone else.”

Bradley has been engaged in a public Twitter dispute with the England footballer Marcus Rashford since he and 321 other Tory MPs voted against a motion to extend the free school meals voucher scheme to the half-term and Christmas holidays.

On Wednesday, the MP wrote: ”[Government] has lots of responsibilities: supporting the vulnerable, helping people to help themselves, balancing the books.

“Not as simple as you to make out Marcus. Extending [free school meals] to [school holidays] passes responsibility for feeding kids away from parents, to the State. It increases dependency.”

The anti-hunger campaigner later added: “Nobody is pointing fingers, I’m asking we work together to protect our most vulnerable children dealing with the devastating effects of the pandemic.

“This is nothing to do with politics.”

Bradley previously justified his decision to vote against the motion by suggesting extending the scheme would encourage parents to choose not to feed their children.

Some do... dont think that's controversial to say, tbh. Some parents are not good parents and prioritise other things ahead of their kids. Small minority, yes... but some do. Step out of the PC bubble and come live in the real world. https://t.co/oDPzxmbiWL

In 2018, Bradley was forced to apologise for an earlier blog post in which he suggested benefit claimants should have vasectomies.

The 2012 post – which has since been deleted – said: “Sorry but how many children you have is a choice; if you can’t afford them, stop having them! Vasectomies are free.

“Families who have never worked a day in their lives having four or five kids and the rest of us having one or two means it’s not long before we’re drowning in a vast sea of unemployed wasters that we pay to keep!”