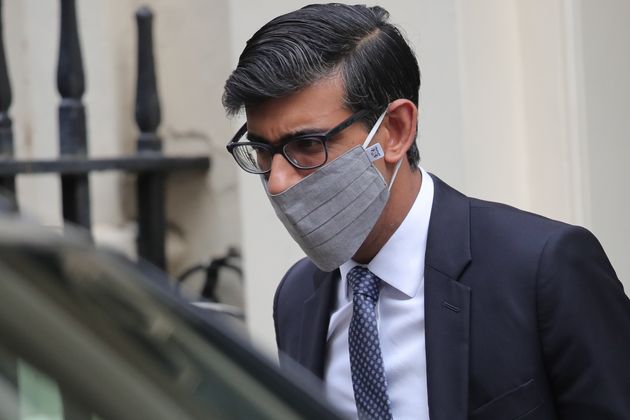 Rishi Sunak has been “barred for life” from a pub in his own constituency after ministers refused to back free school meals for poor children over Christmas.

The Mill pub and its restaurant Il Mulino in North Yorkshire’s Stokesley will refuse entry to the chancellor and three northern Tory MPs – Jacob Young, Simon Clarke and Matt Vickers – after they voted down a motion to end holiday hunger amid the pandemic this winter.

A statement on the Facebook page for The Mill, which is in Sunak’s Richmond (Yorks) constituency, called the vote “disgusting”, and included an image of the House of Commons canteen menu, where prices are subsidised by the taxpayer.

It reads: “Don’t usually do politics but here goes. I have never known a government which is consistently the wrong end of every argument.

“Forget the poor handling of Covid for a minute and concentrate on what happened yesterday.

“All 4 are now barred from The Mil l & Il Mulino for life. I don’t want their business.

“If you have any contacts at any food banks in the Middlesbrough & Stockton area please tag them in the comments below.

“Below is a copy of the Subsidised menu from the House of Commons. You know who is subsiding it? YOU!

“Shame on our government, this is so wrong.”

It is not the first time during the pandemic that ministers have clashed with landlords.

The pub replaced its crest from a portrait of its namesake – the founder of New Brighton – to a picture of prime minister Boris Johnson, health secretary Matt Hancock, and the PM’s senior adviser Dominic Cummings, pictured quite literally with bells on their heads.

Rashford, who has been retweeting scores of restaurants and takeaways who are providing meals for children for free instead, has vowed to carry on campaigning.

He called on politicians to “stop stigmatising, judging and pointing fingers” as he warned a “significant number” would go hungry over half term and Christmas.

Urging people to “unite” to protect the most vulnerable children, he said after the vote: “For as long as they don’t have a voice, they will have mine.”

On Friday, Downing Street three times refused to praise those who offered to help during a Westminster briefing.

Five Conservative MPs rebelled to back the motion on Wednesday to extend the voucher scheme.

The government has defended the decision, saying it had boosted Universal Credit during the pandemic by £20 and had a “generous” wage support scheme for those struggling.

Young, who represents Redcar and is among those barred from the pub, took issue the voucher scheme, claiming some parents had used the £15 a week vouchers on “alcohol, tobacco or on unhealthy food” during the holidays.

Clarke, meanwhile, who represents Middlesbrough South and East Cleveland, said there was a broader point, adding: “I believe personal responsibility matters – looking after your own family.”