A national circuit breaker lockdown would not be the right course of action to contain coronavirus in England “right now”, the country’s deputy chief medical officer has said.

Jonathan Van-Tam acknowledged that infections are “heating up” across the country but said the virus was only “out of control” in some areas, mainly concentrated in the north.

After Boris Johnson imposed a tier 3 lockdown on Greater Manchester, Van-Tam said the government and scientists were trying to “walk a very fine line” between controlling Covid-19 and minimising the economic damage of restrictions required to do so.

But he said the recommendation on September 21 by the Scientific Advisory Group for Emergencies (Sage) for a two- or three-week national lockdown to break the chains of transmission was not the right course of action now.

Van-Tam told a Downing Street Covid briefing: “Pretty much everywhere in England is now heating up to some extent and we are trying to walk a very fine line between getting the virus under control in areas where it is out of control and incurring the minimum amount of economic damage in doing so.

“And it is clear that in the areas where it is out of control [...] hard measures are needed.

“But do I think right now it is appropriate to insist on those similar hard measures in, for example, the south-west of England or Kent, where levels of disease are really very, very much lower than in the North of England?

“In other words, the national firebreak you talk about?

But Van-Tam did suggest harsher restrictions may be needed soon.

“We can’t take the brake off on this and we may have to push on the pedal a little harder,” he said.

“We can’t afford to just let our elderly die.” 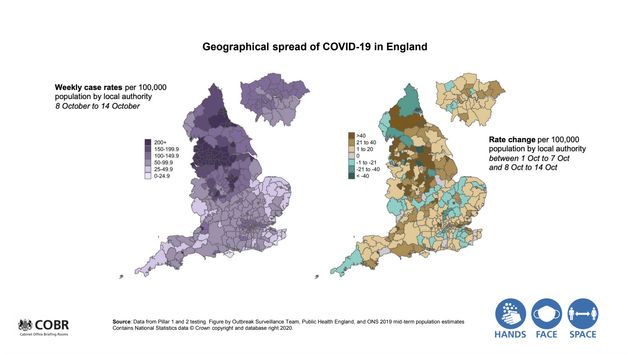 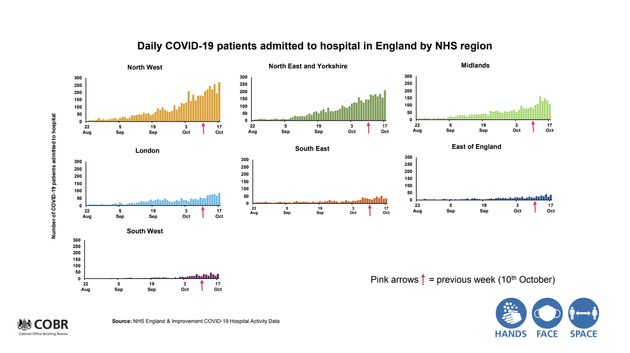 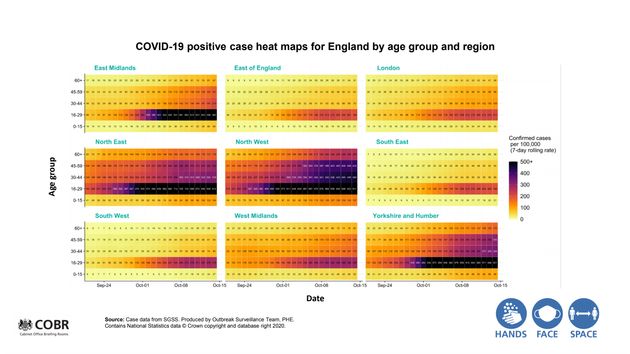 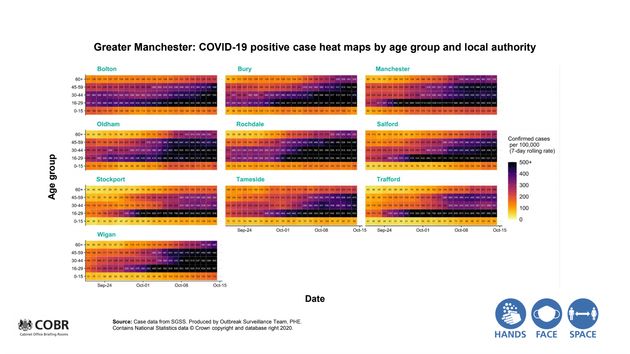 NHS medical director Stephen Powis said there was “variation” in the number of Covid patients going to hospital in different areas of the country, stressing there are more going into Greater Manchester hospitals than in the entire south-east and south-west.

“So we are seeing variability in infection rates,” Powis said.