Alex Scott has thanked fans for their support after being targeted by racists over reports she has been chosen as the new presenter of A Question Of Sport.

The former footballer and presenter has reportedly been signed up to replace Sue Barker as the host of the long-running BBC quiz show.

Sue is stepping down after 24 years while team captains Matt Dawson and Phil Tufnell will also depart as part of a major shake-up. 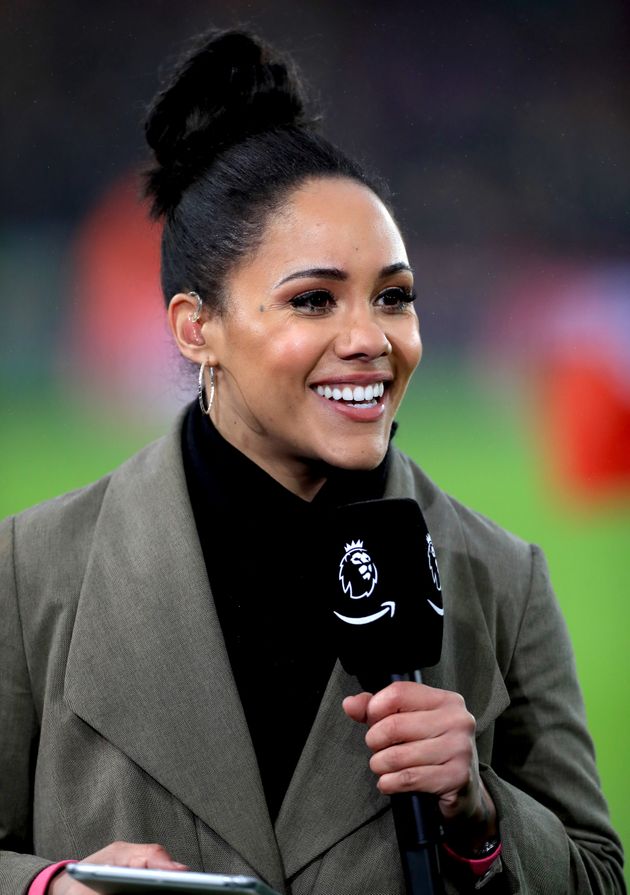 On Friday, Alex tweeted: “The love & support shown to me yesterday has me smiling through the weekend #thankyou. I am going to #keeponkeepingon like always! The only thing that is signed sealed delivered that I am buzzing about right now though is....@Aubameyang7 @Arsenal.”

The love & support shown to me yesterday has me smiling through the weekend #thankyou I am going to #keeponkeepingon like always!

The only thing that is signed sealed delivered that I am buzzing about right now though is....@Aubameyang7@Arsenal 🙌🏾🤣 #COYGpic.twitter.com/qKR7HAGhYS

Alex, who appeared on last year’s Strictly Come Dancing, also shared a photo of a poem she wrote in 2018 on her Instagram Stories.

“Football is football and that is what I see. Hi, hello, I’m Alex Scott and you know what, football is me.” 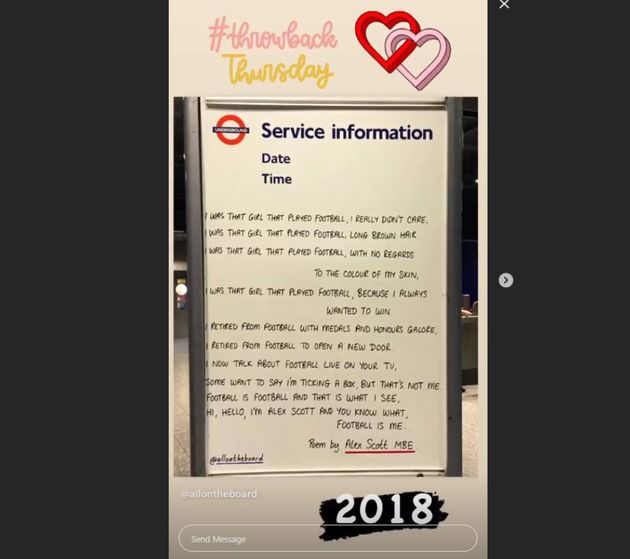 The BBC has denied that any decision has been made over the new presenting line-up for A Question Of Sport.

A spokesman for the broadcaster said: “This is all speculation and no conversations have been had about the future line-up.”

Match Of The Day host Gary Lineker was among those who voiced support for the 35-year-old sportswoman, tweeting on Thursday: “Congratulations and good luck to @AlexScott on being the new host for Question Of Sport.

“Smart, knowledgeable and perfectly qualified for the role. Oh… and if you have a problem with Alex getting the job, you might just be part of the problem.”

Gary’s tweet has since been deleted, however another BBC presenter, Richard Osman, has also voiced his support for Alex.

Alex Scott will be such a great 'Question Of Sport' host. I'm old enough to remember people getting angry that Sue Barker was appointed too. The tune never changes.

The final series of A Question Of Sport with the current line-up will air next year.

Referred to by the BBC as “the world’s longest running TV sports quiz”, the episode aired in January 1970.

The show’s shake-up comes weeks after the BBC’s director-general Lord Hall was succeeded in the role by Tim Davie, the former chief executive of commercial arm BBC Studios.