Harvey Weinstein has been stripped of his CBE.

The former movie mogul was granted an honorary CBE, for his contribution to the British film industry, in 2004.

The 68-year-old is currently serving a 23-year prison sentence in New York after being convicted of rape in February.

A notice in The Gazette, the UK’s official public record, said: “The Queen has directed that the appointment of Harvey Weinstein to be an Honorary Commander of the Civil Division of the Most Excellent Order of the British Empire, dated January 19 2004, shall be cancelled and annulled and that his name shall be erased from the Register of the said Order.” 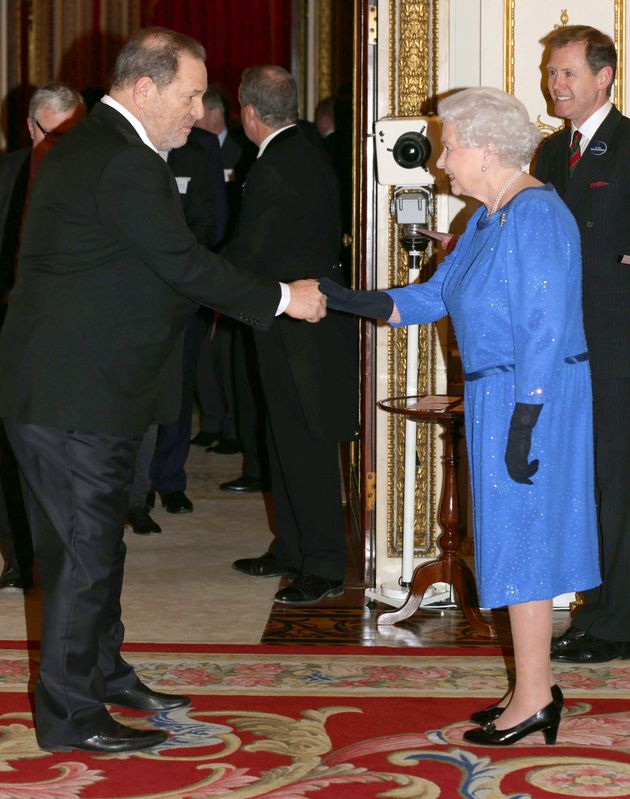 Weinstein was once one of the most powerful men in Hollywood, with credits such as Pulp Fiction, The English Patient, Good Will Hunting, Gangs Of New York and Shakespeare In Love to his name.

He was the man Meryl Streep jokingly called “God” at the 2012 Golden Globes, with his films notching up more than 300 Oscar nominations.

Honours can be removed on the advice of the forfeiture committee and with the approval of the Queen.

The committee considers whether the holder of an honour has brought the system into disrepute.

Senior Labour MP Chi Onwurah has been calling for the CBE to be removed from Weinstein since 2017, the year several women came forward to allege serious sexual misconduct.

Announcing his CBE in 2004, Weinstein said at the time: “My life and my career have been greatly influenced and enriched by great British film-makers and authors and so I am especially honoured and humbled to be receiving the CBE.”

Prosecutors in Los Angeles have filed a request to extradite Weinstein from New York, in a bid to try the disgraced Hollywood producer on five counts of sexual assault.

If successful, it would pave the way for Weinstein to be put on trial again.