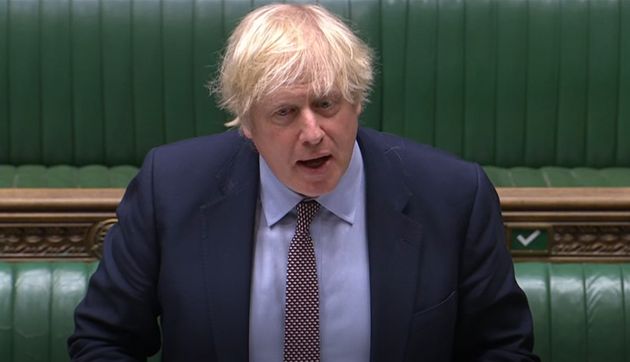 Boris Johnson is facing questions over what he knew about a Tory donor’s controversial £1bn east London development that his housing secretary “unlawfully” signed off – after it emerged the PM waved through a version of the same scheme four years ago when he was mayor of London.

Cabinet minister Robert Jenrick has received fierce criticism after approving the 1,500-home development at the former Westferry Printworks site on London’s Isle of Dogs in January, despite the scheme being rejected by the local council and then the independent Planning Inspectorate.

The secretary of state’s intervention came just a day before Tower Hamlets Council approved a new rate for its Community Infrastructure Levy (CIL) – a move that would have increased the property owner’s financial liability to the authority by between £30m and £50m.

The building used to be the Daily Express printworks on the Millwall waterfront and sits on land owned by Northern & Shell, a company in turn owned by media mogul Richard Desmond, a former Tory party donor.

HuffPost UK reported this week that police are “assessing” an allegation about Jenrick’s decision.

Last month, Jenrick conceded his decision was “unlawful by reason of apparent bias” and confirmed his approval was deliberately issued before the new CIL policy could be adopted. The move meant Jenrick was able to avoid publishing correspondence relating to the application in open court as part of a judicial review of his decision triggered by Tower Hamlets Council. His planning permission has been quashed and is to be decided by a different minister.

But now the Labour Party has raised questions over how much the prime minister knew about Jenrick’s decision – and highlighted how Johnson approved a smaller, subsequently withdrawn version of the same scheme in 2016 when he was mayor of London.

The party has tabled a series of written parliamentary questions on whether meetings were held between the PM and his advisers and Jenrick’s Ministry of Housing, Communities and Local Government (MHCLG).

And Johnson’s awareness of the scheme was raised in parliament on Wednesday. At prime minister’s questions, Labour MP Judith Cummins asked: “The communities secretary has admitted unlawfully overruling his own planning inspector to allow the Westferry development to go ahead, potentially saving the developer, Richard Desmond, who is a Conservative party donor, £40m in tax.

“The secretary of state did so just weeks after sitting next to the developer at a Tory fundraising dinner.

“Given that this was the same scheme that the prime minister tried to push through when he was mayor of London and which reappeared after he entered Downing Street, will he now tell the House what conversations he has had with the secretary of state about the scheme?

“Will he publish all relevant correspondence between No.10 and the department?”

Johnson replied: “I am happy to tell her that I have had no conversations on that matter whatever, nor any exchanges of any kind.”

Steve Reed, Labour’s shadow housing secretary, said: “Robert Jenrick took the extraordinary step of admitting his approval of this planning decision was unlawful – a decision that has now prompted a Metropolitan Police review.

“There are concerns he did this to avoid publishing the real reasons for his decision in open court. Boris Johnson tried to help the same developer with the same scheme when he was mayor of London so the public need to know there was no undue influence from No.10 to do favours for a wealthy Tory donor.

“Robert Jenrick must come to the House of Commons, explain the reasons for his unlawful decision and agree to publish all correspondence. We can’t allow a situation in the planning process where there’s one rule for the Conservatives and another rule for everyone else.”

In an interview last week, Jenrick said the application was decided “on its merits” and done “without any actual bias”.

He added: “But clearly the way that the process was run gave rise to some concerns and so that’s why we’ve chosen to quash the decision.”

MHCLG said last week: “While we reject the suggestion that there was any actual bias in the decision, we have agreed that the application will be redetermined.”